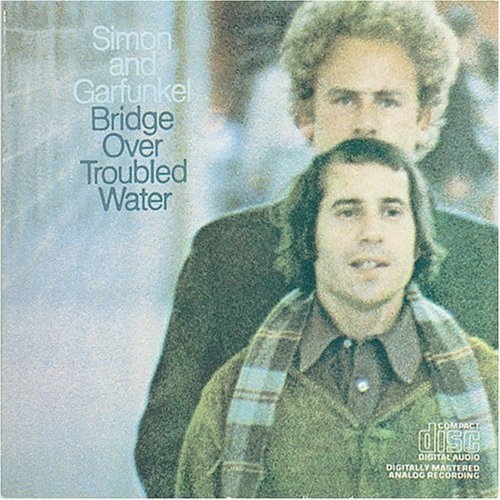 Bridge Over Troubled Water was one of the biggest-selling albums of its decade, and it hasn't fallen too far down on the list in years since. Apart from the gospel-flavored title track, which took some evolution to get to what it finally became, however, much of Bridge Over Troubled Water also constitutes a stepping back from the music that Simon & Garfunkel had made on Bookends -- this was mostly because the creative partnership that had formed the body and the motivation for the duo's four prior albums literally consumed itself in the making of Bridge Over Troubled Water. The overall effect was perhaps the most delicately textured album to close out the 1960s from any major rock act. Bridge Over Troubled Water, at its most ambitious and bold, on its title track, was a quietly reassuring album; at other times, it was personal yet soothing; and at other times, it was just plain fun. The public in 1970 -- a very unsettled time politically, socially, and culturally -- embraced it; and whatever mood they captured, the songs matched the standard of craftsmanship that had been established on the duo's two prior albums. Between the record's overall quality and its four hits, the album held the number one position for two and a half months and spent years on the charts, racking up sales in excess of five million copies. The irony was that for all of the record's and the music's appeal, the duo's partnership ended in the course of creating and completing the album.