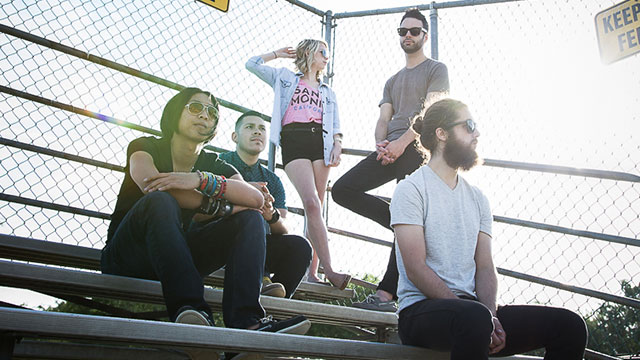 The power of Steady, the new album from L.A.'s Act As If, comes from its big, lush sound and the interplay between the alternately contrasting and complementing male and female vocals, delivered by Sara Lindsay and songwriter and founding member Peter Verdell. The opening title track sets the tone with distant, chiming guitars, deep electronic drums and wispy vocals, while other tracks, like the building, layered "Anchored At Sea" work up to a fever pitch and enveloping wash of sound, or piano and string-based closer "It's That Simple," which serves as a soothing denouement with its direct, yearning delivery.

"Our intention was to create something 'on the level' sonically, but that also came from the most real and raw parts of us," Verdell wrote in an email. "I think we've created something that you'll want to blast in your car with the windows down, but also have as quiet company when you're at home by yourself. I want this album to become like a best friend."

Steady is out on November 10, and the whole thing can be streamed early below, then pre-ordered via iTunes. For more on Act As If, visit their site.