You and Me Against the World Review

It's been interesting to listen through the recording career of Apoptygma Berzerk (aka Stephan Grothesk and his evolving cast). This time out members include Geir Bratland, Angel, Anders Odden, and Fredrik Brarud as Apoptygma Berzerk's has mutated further from the cold, Norwegian industrial music of the early 2000s to the more melodic textures of 2002's Harmonizer and now this set, You and Me Against the World. Sure it's still got Grothesk's signature brand of electronic body music (EBM), but the jackboot-textured beats and neo-gothic approach to songwriting of old seems to be giving way to serious craft. Take the first two tracks on this set for example. "Tuning in Again" feels more like a big, modern rock anthem than an industrial or EBM one. Then there's "You Keep Me From Breaking Apart," which feels like an outtake from Depeche Mode's Playing the Angel than it does anything Grothesk has written before -- especially given the prominent placement of guitars in the electronic mix. Moving to the fourth track, "Love to Blame," the keyboards, beats and slide guitars (that could have come from A Flock of Seagulls "I Ran") entwine to create a movement that marries the old new wave to dance music to alternative rock. And the verdict: it's solid, finely written, and beautifully composed. It may alienate some of the early fans due to its warmer, openly emotional and honest construction. The cheery electro in "Back on Track" is utterly magical pop. "Faceless Fear" marries big guitar lines to industrial synth lines and gritty loops, its long intro leads into very tender lyrics, however, about encountering the most undesirable in relationships. Its bridges are imaginative and full of late-'80s new romantic angst. It isn't until the middle of "Tuning in to the Frequency of Your Soul" that the hard, loud EBM kicks into overdrive, and the drama and tension of the album by this time demand exactly the kind of release this cut gives, but even here, it's introduced by gentleness and follows a deeply melodic framework. "Mercy Kill," "Into the Unknown," "Black Pawn," and the harder electro "Is Electronic Love to Blame?," (a different performance of "Is Love to Blame") that closes the set give the old fans something to dig their teeth into, and "Maze" weaves together EBM and heavy metal. The bottom line is that even more than Harmonizer, You and Me Against the World is full of feelings, and often tender ones. They are more interested in revelation and confession than rage, and they expose the human heart inside the machine. 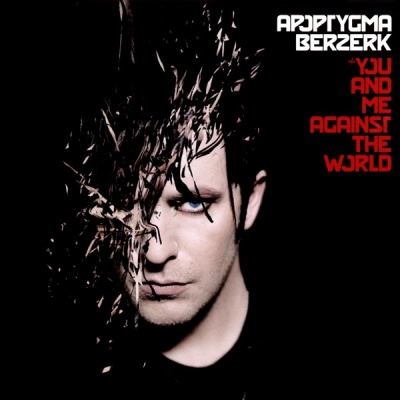 You and Me Against the World Album Information