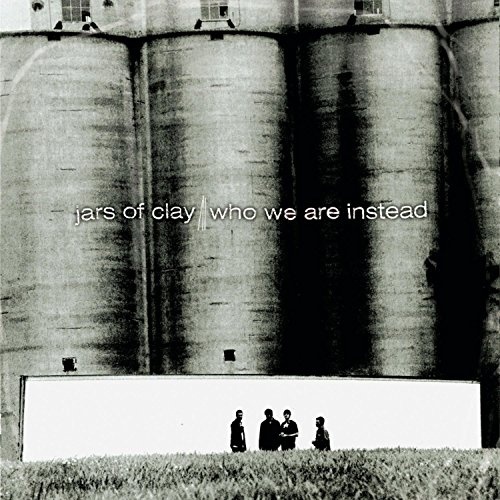 For 2002's Eleventh Hour, Jars of Clay seemed to transfer the inherent power of their music from soulful vocals and grassroots gospel to the din of ragged electric guitars and anxious drum machines. That wasn't a bad decision, necessarily, but the album did seem to be more of a mood piece than anything. For Who We Are Instead, the band settled into the comfortable Tennessee environs of its own Sputnik studio and set about tuning up those old acoustic guitars. The resulting 13 songs still nod to modernism with slick production and the occasional twinge of programming. But where the electronics of Eleventh tracks like "Disappear" or "Revolution" seemed to cast a shadow, the gritty, percolating bottom end of Who We Are Instead's "Trouble Is" adds resolve to the song's slide-guitar tale of darkness and light. "My heart ain't built to stay," vocalist Dan Haseltine sings in an appropriately world weary tone. "Jesus told me so." It's in this way that Jars of Clay unites their own beliefs with the larger church of American roots music. "Amazing Grace" (with its fabulous guest shot from vocalist Ashley Cleveland) is another signpost on that long U.S. route to redemption; it finds its spiritual brethren in Live's "Lightning Crashes" and U2's "I Still Haven't Found What I'm Looking For." The band even reveals the reverent heart of America's "Lonely People," transforming the song's "Don't give up!" message into a pep talk supported by mandolin and impressive '70s vocal harmonies. While the CCM-pop of single "Show Me Love" and lively "I'm in the Way" is pleasant enough, it doesn't resonate as effectively in the midst of Who We Are's more honest moments. These arrive again with "Jesus' Blood Never Failed Me Yet" -- influenced by the grace of the homeless, nameless street singer at the center of Gavin Bryars' epic piece -- which expertly mixes naked, almost whispered vocals with slowly surging instrumentation, and closer "My Heavenly," where a simple, yet determinedly effective, paean to God weaves quietly through the strains of a chamber pop piano. Jars of Clay's devotion will ensure the embrace of Who We Are Instead by alternative CCM fans. But the band's reverence for the Americana canon aligns them with a stable of secular artists -- Counting Crows, Train, and Ryan Adams, to name only a few -- who till the same fertile soil.