Which Side Are You On? Review

Forget the pop-punk of Wakefield's 2003 debut. Which Side Are You On? is a 90-degree turn into big-budget alterna-pop, the sort of calculated sound you might find on an American Hi-Fi or Butch Walker record. And unsurprisingly, Walker co-wrote and produced the late-album entry "After School Special." There's no doubt about Which Side's accessibility -- it changes gears hundreds of times, the better to please every last casual fan. Unfortunately, the band is completely lost inside its merciless cribbing of new wave ("Only One"), Killers opportunism ("Take Off"), keyboard and string section add-ons, Weezer (the "Say It Ain't So" rewrite "Without You"), and adult alternative balladry ("Clean 1145," "Shrine"). It's difficult to believe that two years of touring transformed Wakefield into pop heads with a love for vocal harmonies and an encyclopedic knowledge of the last 30 years of the Billboard Top Ten. One can believe that of their collaborators, though. Besides Walker, Wakefield's production and writing partners include Scott Cutler and Anne Preven, who wrote Natalie Imbruglia's slick superhit "Torn" when they were still known as Ednaswap. And "Torn" isn't a bad model for Which Side. Like that song, the album is smart and relentlessly catchy, but entirely plastic and rootless. Imbruglia had a nice enough voice, but she was just a vessel, and that's how Which Side Are You On?'s oodles of snazzy bells and whistles make you feel about the boys in Wakefield. 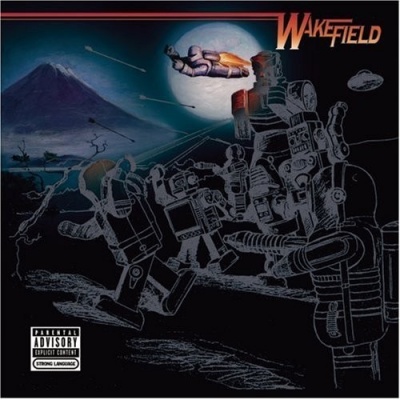 Which Side Are You On? Album Information