On Virtue, the Voidz emphasize that, first and foremost, they are a band. Julian Casablancas' name is gone from their moniker, and the elements of their music -- distorted beats and vocals, virtuosic guitars and synths -- coalesce into a style that's identifiably theirs. With the help of Tyranny producer Shawn Everett, the Voidz bring some more clarity to that style, as well as a greater sense of fun. More often than on their bewildering debut, they find ways of indulging their anything-goes aesthetic without stranding their listeners. "Leave It in My Dreams" and "Lazy Boy" show that the pop skills Casablancas honed with the Strokes have a place in the Voidz's much weirder world, while the Middle Eastern disco-metal of "QYURRYUS" is equally strange and engaging. And though the Voidz are just as politically outraged as they were on Tyranny, the targets of their anger come into sharper focus. They take aim at white privilege on "Pyramid of Bones," climate change on "Permanent High School," and the education system on "Think Before You Drink," an acoustic number that, despite its 2010s focus, sounds strangely like a generic '60s protest song. Indeed, it's almost as hard to predict which of the Voidz's approaches will succeed as it is which sounds they'll borrow or recombine next. "Black Hole" tries too hard to sound like a demo recorded in a basement, but "We're Where We Were" sounds taut and purposeful as the band mashes up shouty punk vocals and metal's double kick drums. The R&B-tinged "Pink Ocean" creates a surprisingly strong vibe with its murky synth atmospherics, yet the introspective noodling of "Pointlessness" closes the album on an anticlimactic note. Like Tyranny, Virtue is a reminder of just how fine the line between experimental and scattered can be. It's a breezier listen than its predecessor, but the Voidz's willingness to try anything -- whether it works or not -- still might be too much for all but their most die-hard fans. 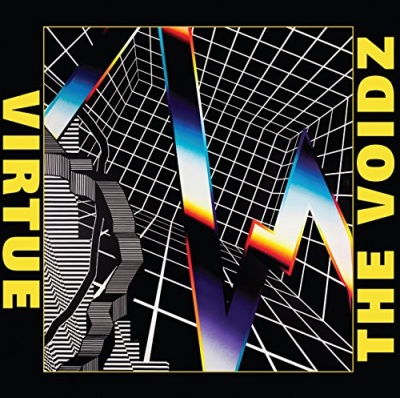