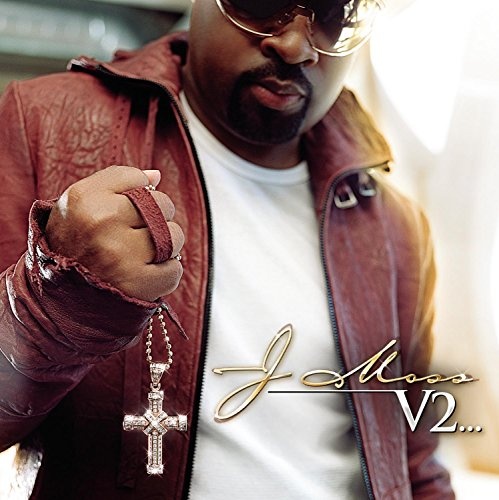 If, God forbid, there were ever a need for a Christian equivalent of R. Kelly, the distinction would most certainly go to artist/producer J. Moss. Alongside his ubiquitous production troupe PAJAM, Moss is credited with creating some of the most self-referential gospel music of the 21st century, whether the man is handling churchy contemporary gospel or slick urban-pop confections. The proclivity toward name-dropping himself is augmented by the singer's insistence to multi-track his own vocals, creating a mini-chorale effect that's distinctively PAJAM, but too much of an acquired taste for the uninitiated. Regardless, all of the above seemed to work on The J. Moss Project, Moss' breakout debut as a solo singer, and if it wasn't broke, why fix it on V2..., his second go at it. Naturally, things are bigger and bolder, and the production values are through the roof. They have to be: like his work with Kierra KiKi Sheard and 21:03, Moss places tons of emphasis on style while shortchanging substance a bit, all in the name of accessibility. Such is the case with "Jump, Jump," "Dance," and "Miami," three songs with titles so obvious it's easy to figure out their content and their beats per minute; there are shout-outs to the Almighty, of course, but they're always incidental rather than indispensable to the tunes. Conversely, Moss fares much better when he waxes vulnerable, like in the soulful "Holding On" and the apologetic "I'm Not Perfect," both examples of his Kels-like arrangements and heartfelt crooning. Much like his previous hit, "We Must Praise," this slower material shows that, at the end of the day, Moss' musical heart lies with the church: he sounds best when singing to the choir, not when appealing to teenagers or aiming to dominate the urban inspirational airwaves through catchy yet otherwise lightweight spiritual jargon.