There's a sharp difference between Una Nueva Mujer and Olga Tañón's previous all-new studio album, Sobrevivir, which had been released two and a half years earlier, in late 2002. More to the point, there's a sharp difference between Una Nueva Mujer and her previous three all-new studio albums. Not since Llévame Contigo, released in 1997 -- a long eight years -- had Tañón released a new album of entirely tropical music, and not since Llévame Contigo had she released such a thrilling album, one that warrants a full listen, with practically each and every track worthy of inclusion. Una Nueva Mujer is the album a growing legion of disillusioned devotees had been waiting for: her return to form (i.e., tropical music, merengue in particular), and away from the generic pop-crossover aspirations of her previous few increasingly ill-received albums. This isn't a straightforward merengue album like Siente el Amor... or Llévame Contigo, the two mid-'90s albums hardcore fans seem to cherish and reminisce about most. For better or worse, by 2005 the heyday of merengue had slowly but steadily faded from popular consciousness, displaced by the popularity of newer styles like bachata and, most explicitly, reggaeton. So it's understandable that Una Nueva Mujer is a fairly diverse album of tropical music, one that accounts for the recent changes in popular music. The most exemplary instance of this is the album opener, "Bandolero," a magnificent hybrid of the commonplace and the exotic, as well as of tropical and pop. If one song were to bridge Tañón's straight merengue past with her pop flirtations, this song would be it, as it seems to encompass the best aspects of both. Following this wonderful curtainraiser, Una Nueva Mujer breaks into its tropical core, beginning with the title track, a great throwback to the merengue bliss of Tañón's zenith. The album continues unabated, slowing down for the occasional light-tropical song like "Muero de Amor," but mainly keeping the rhythms fast-paced, almost dizzying at times. A couple low-key ballads close the album, admittedly, but they're modest songs -- not bombastic Latin pop -- and the album-closer, "Sin Ti No Puedo Vivir," is particularly touching. It's a heartfelt duet with Tañón's young daughter. About as fine a return to form as fans could have hoped for -- given the state of popular Latin music in 2005, that is -- Una Nueva Mujer also serves as a welcome reminder of Tañón's positive presence as a strong feminine individualist within the sometimes misogynistic Latin scene. 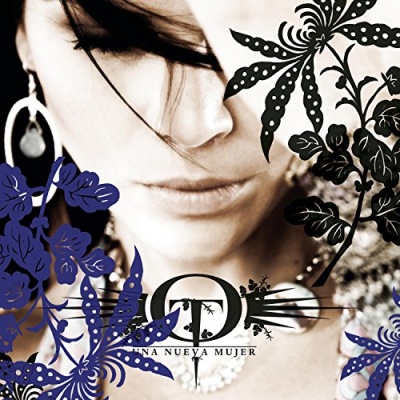