Tripping Tropicana, the genre-hopping debut U.S. release by Colombian rock troupe Superlitio, is a sonic delight. Veering between Spanish and English languages, the band is buoyant and percussion-heavy on "Babylon," which sounds like an early-'90s dance-rock novelty. Not that Superlitio's fun approach to music -- which has made them favorites at home -- should be quickly dismissed. That upbeat, danceable approach carries over into the excitable, club-ripe "Lo Fi," which owes as much to INXS and White Zombie as it does to its obvious Latin roots. Yet the sugary, hook-heavy "Mulata" is arguably Superlitio's most accessible offering. If the salsa-tinged take on U2 known as "Que Vo'hacer" doesn't win new fans, the sturdy riff and Latino rhymes beneath "Foxy" might. While the group covers a lot of musical territory on Tripping Tropicana, its approach and evident talent skillfully tie these 14 tunes together. 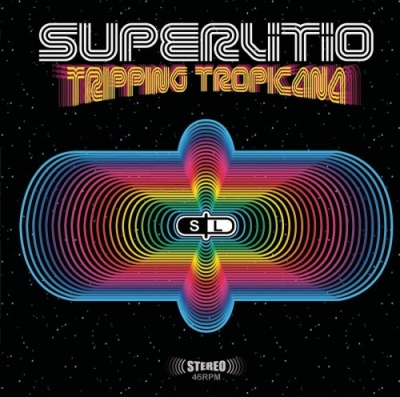