Trip to the 13th Review

Modern rock twisted into American trad rock elements and got a new face come the mid-'90s with rollicking good tracks and natural good looks from bands like Matchbox Twenty, Third Eye Blind, and Train. Detroit's own Bliss 66 jumped the ever-changing soundscapes of modern rock come the new millennium and hone their sharp harmonies for alternative radio. This five-piece -- who met at a church youth group in their native Taylor, MI -- were barely on the verge of 20 when they issued their Epic debut, Trip to the 13th in summer 2001. Mixing aggressiveness with lyrical poetry and a glossy production finish thanks to mastermind Glen Ballard, Trip to the 13th yields nearly a dozen fierce melodies. Frontman Cheyenne Goff's gritty vocals perfectly blend among the overall composition of the rest of the band. Debut single "Sooner or Later" harks with lush band unity, and chief songwriter Aaron Schossau sparks a catchy track with his own polished words. "Paramount" twitches with radio-friendly guitar licks and a sharp chorus. "Letting Go" rollicks with a good time warning: "We don't have to say goodbye/You just have to close your eyes/You don't have to tell me why/I'll see you on the other side." Bliss 66 may be young, but they're not afraid to capture personal anguish and wonderment within their songs. Trip to the 13th is decent introduction to this growing quintet, and a boisterous effort at that. 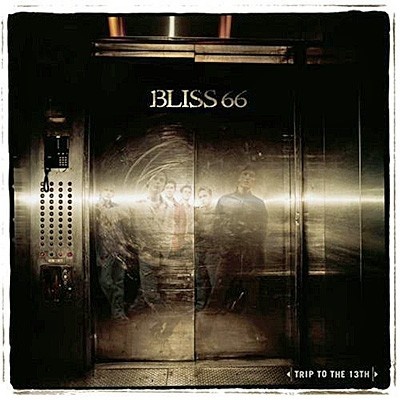 Trip to the 13th Album Information