It was do or die for Toto on the group's fourth album, and they rose to the challenge. Largely dispensing with the anonymous studio rock that had characterized their first three releases, the band worked harder on its melodies, made sure its simple lyrics treated romantic subjects, augmented Bobby Kimball's vocals by having other group members sing, brought in ringers like Timothy B. Schmit, and slowed down the tempo to what came to be known as "power ballad" pace. Most of all, they wrote some hit songs: "Rosanna," the old story of a lovelorn lyric matched to a bouncy beat, was the gold, Top Ten comeback single accompanying the album release; "Make Believe" made the Top 30; and then, surprisingly, "Africa" hit number one ten months after the album's release. The members of Toto may have more relatives who are NARAS voters than any other group, but that still doesn't explain the sweep they achieved at the Grammys, winning six, including Album of the Year and Record of the Year (for "Rosanna"). Predictably, rock critics howled, but the Grammys helped set up the fourth single, "I Won't Hold You Back," another soft rock smash and Top Ten hit. As a result, Toto IV was both the group's comeback and its peak; it remains a definitive album of slick L.A. pop for the early '80s and Toto's best and most consistent record. Having made it, the members happily went back to sessions, where they helped write and record Michael Jackson's Thriller. 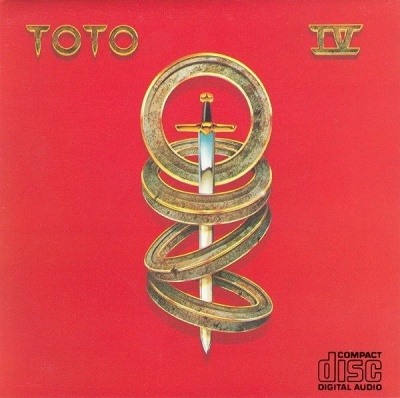