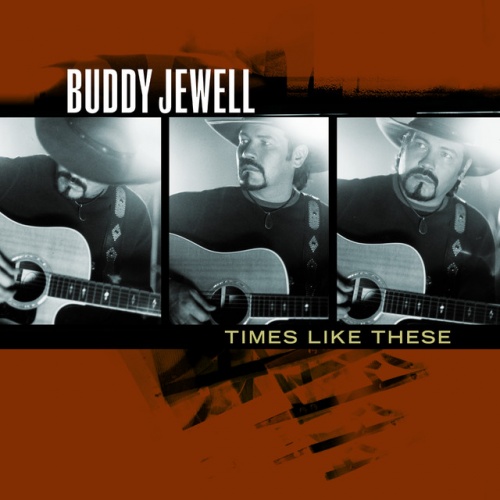 Buddy Jewell won the first Nashville Star competition in 2003, propelling him to a number one country album later that year, as well as two singles that peaked at number three on the country charts. All this success wasn't because his music was remarkable -- it was because Jewell cut a likable figure on TV. As a professional demo singer, he had technical skills and a pleasing voice, he was an attractive everyman, and (best of all) he was middle-aged, the kind of singer who wouldn't get a break in the music biz unless it was a stroke of luck, like a televised talent contest. With Jewell in his forties, the show illustrated that it could help break somebody who didn't appear to be a conventional new country star, while giving the audience an emotional bond to the winner, since they felt that they helped give this guy the chance of a lifetime. All of these were factors in Jewell's stardom, since the music itself was standard, by the books Music City country, professionally crafted but never taking any risks. His debut was a success based entirely on his personality and back story, since his voice, as nice as it is, doesn't stand out from the crowd -- unless it's given a big showcase, as it was on Nashville Star. Perhaps this musical conservatism was expected on a debut that was designed to establish Buddy Jewell as a commercial force outside of the TV show that made him, but instead of stretching out on his 2005 follow-up, Times Like These, Jewell not only follows the same blueprint he did on his eponymous first album, but takes even fewer risks this time around. Working with producer Garth Fundis, Jewell has a set of 11 songs (four of them bearing his writing credit, two of them he penned on his own), heavy on ballads and laid-back midtempo country-pop. In fact, there's not even an uptempo cut for a change of pace; instead, it's all earnest, sentimental, and slick, crafted with the radio in mind, since the hook is in the glossy production, not in melodic choruses. Jewell sings sweetly and sincerely, which is enough to make this pleasant mood music, maybe for office work or a lazy afternoon, but not enough to give Times Like These a distinctive personality. However, to his legions of fans, Buddy Jewell already has a distinctive personality because of his starring role on TV -- they know his history, they like him, they're rooting for him. To them, he's treated like any other star, as appealing for his personality as he is for his work, but for anybody who didn't follow Nashville Star and just heard his music on the radio or listened to Times Like These without knowing the back story, Buddy Jewell would come across as pleasant but generic and ultimately kind of forgettable.