This Is Ultimate Dance! Review

This Is Ultimate Dance! attempts to one-up the long-running Ultimate Dance Party series, not only by featuring popular dance songs but also by remixing them and mixing them together. This one-step-further approach results in some interesting remixes of already-familiar songs: Mary J. Blige's "No More Drama," Missy Elliott's "Get Ur Freak On," Janet Jackson's "All for You," Angie Stone's "Wish I Didn't Miss You," Busta Rhymes' "Pass the Courvoisier, Pt. II," Alicia Keys' "Butterflyz," and many more. The remixes don't alter the original versions too much for the most part, but some do take some notable departures. In general, most remixes speed up the tempo and throw in bigger beats -- two qualities that make these songs much more danceable. The mixing is a bit choppy, mostly because this sort of dance-pop -- with a heavier emphasis on the pop than dance side of the equation -- simply doesn't mix well because of all the vocals. Yet J Records executive Clive Davis overcomes these minor challenges on This Is Ultimate Dance! by offering rarely heard versions of popular songs and confining his mix to urban dance-pop. There's no filler here, and it's definitely not the radio-style blend of hits you're probably accustomed to. 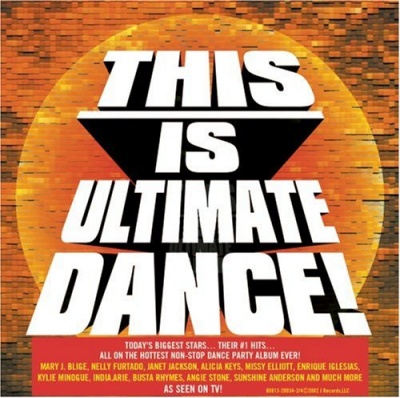 This Is Ultimate Dance! Album Information