Then Came the Night Review

Tommy Shane Steiner sure is good looking, as the cover pictures amply illustrate, and he makes pretty country music -- smooth, clean, tuneful, catchy, polished. He protests that he's a bit of a ruffian on the opening track, "That Just Wouldn't Be Me," and he has a duet with Randy Travis, but his sweet singing is clear indication that he's not made for honky tonks, he's made for breaking hearts. Appropriately, his debut album, Then Came the Night, follows the lead of that voice, offering a collection of 11 radio-ready tunes ripe for crossover. This a mainstream pop album with a little bit of country dressing, and while that will inevitably upset some purists, that's what's good about this record. It's a solid, appealing mainstream pop record, a little bit square perhaps, but endearingly so, since he's a modest, likeable singer. After this, Steiner could go either way -- he could dive into pop and become a male Faith Hill -- or he could try to strengthen his country roots and toughen up a bit. He currently leans toward the former, but the nice thing about this record is that it positions him for both directions. 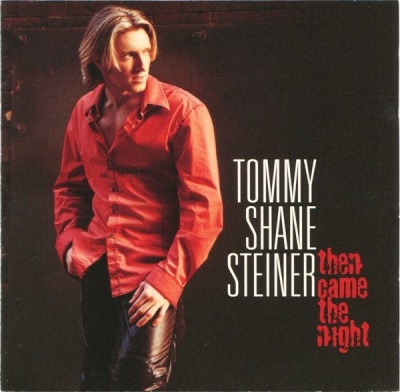 Then Came the Night Album Information