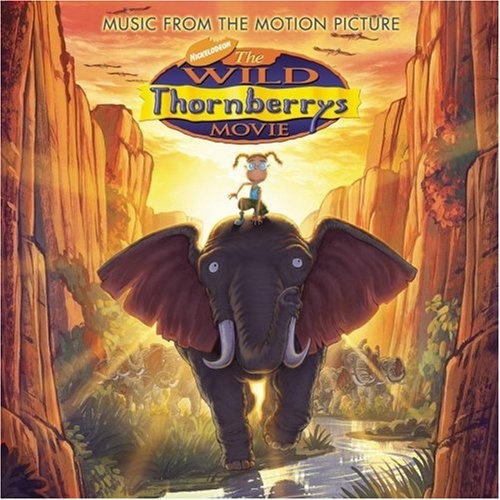 The soundtrack to Nickelodeon's feature film The Wild Thornberrys, based on their cartoon series about a family of explorers, features an apt and surprisingly hip mix of world music, teen pop, hip-hop, and globally-inspired rock. Chief among the highlights are contributions from some of the collection's biggest names, including Paul Simon's mellow, amiable "Father and Daughter," Dave Matthews and Angélique Kidjo's duet "Iwoya," and Hugh Masekela's "Motla le Pula (The Rainmaker)." Peter Gabriel contributes two tracks, a new remix of "Shaking the Tree" featuring Shaggy and "Animal Nation," a quirky new track that suggests that a children's album by Gabriel could be a treat. Aside from appearing on "Shaking the Tree," Youssou N'Dour also appears on "Don't Walk Away," a meditative duet with Sting that is pleasant but doesn't fit with the rest of the relatively energetic soundtrack, particularly the tracks that surround it -- Reel Big Fish's "Monkey Man" and the Baha Men's frenetic "Accident." Overall, though, The Wild Thornberrys does a pretty good job of weaving diverse tracks like P. Diddy, Brandy, and Bow Wow's "Dance With Us," the Pretenders' "Get Out of London," and Wes' "Awa Awa" together into a fairly cohesive album. Sita's "Happy" and Nick Carter's "End of Forever" provide the daily minimum requirement of teen pop, but overall the soundtrack ends up as one big happy musical family that just might spark kids' interest in more eclectic sounds.