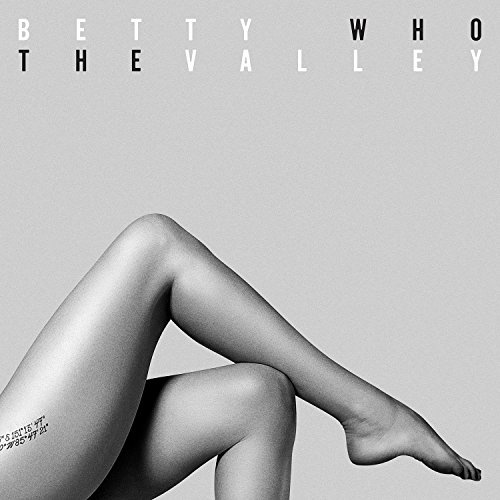 On The Valley, Betty Who takes an even bigger step away from the '80s sound that defined her early music. It's not a surprising move, considering that her cover of Donna Lewis' "I Love You Always Forever" became one of her most popular songs (and ended up on this album). Who's version of the '90s hit adds processed harmonies reminiscent of one of the 2000s' definitive songs, Imogen Heap's "Hide and Seek," and the rest of The Valley finds her expanding her range of influences even further. As on Take Me When You Go, she collaborated with a wide range of producers on these songs, including Pop & Oak, Mstr Rogers, and Robopop. As a result, The Valley is a closer fit with the mainstream pop landscape of the 2010s than anything she's done before. "Human Touch" is a slice of Major Lazer-style tropical pop, while "Blue Heaven Midnight Crush" sounds like it could have appeared on Taylor Swift's 1989 thanks to its breezy synths and staccato melody. At times, the changes feel forced: "Some Kinda Wonderful" -- which boasts a slip-sliding verse melody oddly reminiscent of Fergie's "London Bridge" -- and the Warren G collaboration "Free to Fly" sound like someone trying really hard to have a good time. Unlike pop stars who need tricky productions to distract from their limitations, Who's voice is equally powerful and delicate, and The Valley's a cappella title track is one of the best showcases yet for its musical and emotional range. Similarly, the album's best moments let her emotive, expressive singing shine on songs that are all the more joyous because they're so relatable, whether it's the breakup recovery anthem "You Can Cry Tomorrow" or the celebratory Superfruit collaboration "Beautiful" (which was written in the wake of the shooting at the Orlando, Florida nightclub Pulse). Likewise, "Wanna Be" and "Pretend You're Missing Me" find a happy medium between Who's outsize personality and chart-dominating trends. There are a few too many cookie-cutter songs for an artist with as much potential as Who, but The Valley proves she still has enough charisma to stand out from the pack.