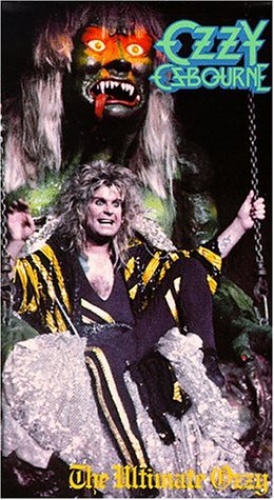 The title of this dull, tedious video is indeed misleading. Recorded during his 1986 tour, Ultimate Ozzy fails miserably at capturing any real attention. Osbourne looks and sounds horrible, and guitarist Jake E. Lee looks fatigued, not seeming to put any real effort into the show. The corny video clips shown during the concert don't really help much either, and about half of the video contains songs from The Ultimate Sin, which is arguably Osbourne's worst studio effort. Although dedicated fans might not call it a complete waste of money, Ultimate Ozzy is a real bore.