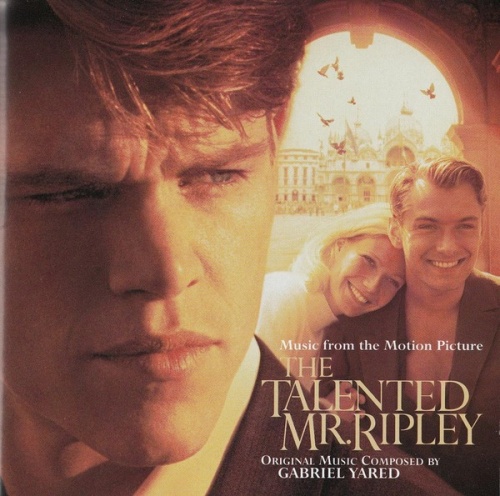 Director/screenwriter Anthony Minghella is a meticulous craftsman, known for his vigorous attention to every element of a production. In the case of The Talented Mr. Ripley, his 1999 adaptation of a Patricia Highsmith potboiler, he lent particular focus to the film's music. In the novel, the gregarious American expatriate Dickie Greenleaf (played in the movie by Jude Law) was a painter. But Minghella made him a jazz enthusiast instead, contrasting Dickie's tastes with the classical inclinations of the enigmatic title character Tom Ripley (Matt Damon). The result is a film that gains much of its texture from its carefully chosen musical selections. The soundtrack opens with a pair of jazz numbers taken from two of the most fascinating scenes in the movie. In the first, Dickie takes Tom to an Italian jazz club, and both end up on stage exuberantly singing "Tu Vuo' Fa L'Americano." The song, performed on the CD by Damon, Law, Italian singer Fiorello and the Guy Barker International Quartet, establishes Ripley's captivation with his friend's hedonistic lifestyle. The second scene accomplishes the reverse: Dickie is captivated by the depth and sensitivity Ripley expresses in his evocative rendition of the Rodgers and Hart tune "My Funny Valentine." Again, Damon does his own singing on the soundtrack. The rest of the album intersperses several jazz tracks (including performances by Miles Davis, Charlie Parker, and Dizzy Gillespie) with excerpts from Gabriel Yared's Oscar nominated score. Yared's work here lacks the originality and scope of his breakthrough score for The English Patient, but it captures perfectly both the sunlit Italian glamour and the muscle-tensing intrigue that characterize the film. Yared also wrote the music for the quietly disturbing Sinead O'Connor ballad, "Lullaby for Cain," that is played over the opening credits. The song, which features lyrics by Minghella himself, sets an appropriately ominous tone that effectively foreshadows the gruesome direction the film will eventually take. It is a solid contribution to a soundtrack album that is as carefully and thoughtfully constructed as the movie itself.