Sony Music Entertainment celebrated the 50th anniversary of the partnership of Richard Rodgers and Oscar Hammerstein II in 1993 by compiling this CD-length collection of songs by the pair drawn from original Broadway cast albums and other recordings from the company's catalog, originally released in the 1940s, '50s, and '60s by Columbia Records, Sony's flagship label. During the era, Columbia competed with such rivals as Decca Records and RCA Victor Records for the right to record original Broadway cast albums, and Rodgers & Hammerstein did not contract with any label for more than one show at a time. So, for example, the first show that Columbia got was South Pacific, the fourth Rodgers & Hammerstein production, in 1949. The label also got Flower Drum Song in 1958 and The Sound of Music, the final Rodgers & Hammerstein show, in 1959, and it also released an album drawn from the Rodgers & Hammerstein television musical Cinderella in 1957. It did not get to handle such shows as Oklahoma!, Carousel, and The King & I, but compilation producer Didier C. Deutsch makes up for that by substituting selections from a 1952 studio cast album of Oklahoma! featuring Nelson Eddy and a 1964 studio cast album of The King & I featuring Barbara Cook. Carousel posed more of a problem, which Deutsch solved after a fashion by using a rendition of "Carousel Waltz" recorded by the New York Philharmonic in 1954 and conducted by Rodgers himself. Still, such favorites as "If I Loved You" and "You'll Never Walk Alone" are missed. Nor does Deutsch mention anywhere in his liner notes that many of the selections do not derive from the original Broadway cast albums, and the back cover of the album, which does not credit individual songs to particular performers, also obscures the point. That said, the album does feature a batch of major Broadway performers -- including Julie Andrews and Mary Martin -- singing some of Rodgers & Hammerstein's best-known songs. It may not be the best possible one-disc collection of their work, but it is a very good one. 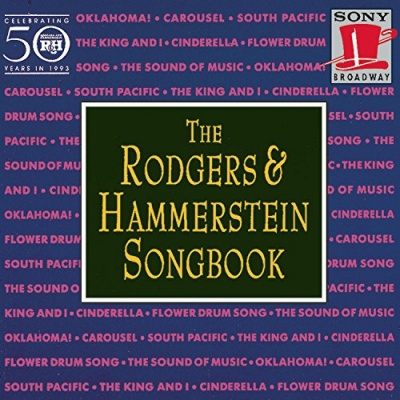