A little fact about rockers -- they hate musical theater majors. Well, they might not hate the majors themselves -- they might even fall in love with them (after all, they're both outcasts) -- but they inevitably hate the music itself. And there's nothing worse than a musical theater major tackling rock & roll, and that it is abundantly clear in the recording of the 2000 revival of the Rocky Horror Show. Nobody involved in this production is interested in rock & roll, nor are they interested in the '50s schlock culture that fueled Richard O'Brien's original musical. Really, the cast is sending up, without affection, the film, not the original stage show or the source material -- and, worst of all, there's none of the affection for pre-British Invasion American pop culture, whether that means Buddy Holly singing his very last song or the day the earth stood still. And, then, that attitude carries over to the performances themselves, which are terribly stiff and sexless, never once rocking and always painfully oversung. It's a real testament to O'Brien's original songs that this is still an entertaining listen, since these songs are just so damn good. But, for God's sake, the performances are nearly intolerable, particularly to anybody that has committed the film to their subconscious. Yes, it is impossible for anybody to top Tim Curry's career-making turn as Frank-n-Furter (although I'm sure Russell Crowe was spectacular in his extensive turn in the Australian production), but for the love of God, what possessed Lea DeLaria to sing Dr. Scott's role so stiffly? And just listen to the "Wild and Untamed Thing" section of "Rose Tint My World," where every syllable is enunciated until it's dead -- if they're wild and untamed, there is no life left in the world -- or how Tom Hewitt oversells "you look like you're both pretty groovy" on "Sweet Transvestite," a move that inevitably draws attention to Curry's lovely understated reading of the same line. And, that in a nutshell, encapsulates everything that's wrong with this -- it's campy without context, about theater instead of fun. Not a bad souvenir of a production that certainly must have been fun live. Then again, so are most midnight showings of the film (I loved the time I saw a pale, overweight Duran Duran fan at a rickety showing on a college campus trying to do EVERY SINGLE PART with no help from the virgin audience), but that has true passion for the film itself. This has love of the theater, and there's the sinking feeling that everybody involved feels like they're legitimizing this trash by giving it such a cultured, knowing reading. That's not the case -- they've castrated the best rock & roll musical of all time. 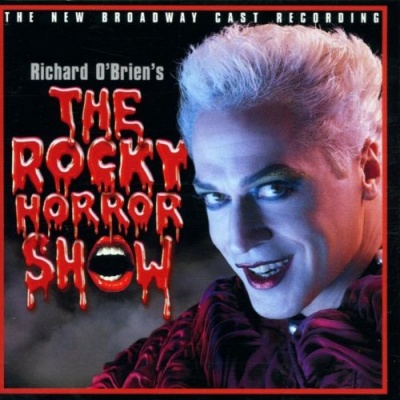