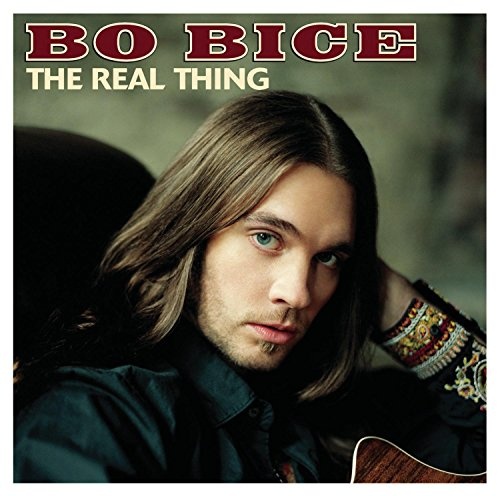 Girls Night Out Hanging Out

Early on in the fourth season of American Idol the powers that be dubbed the season the battle of the rockers, because for the first time ever, AmIdol had not one but two rock vocalists as prime contenders. First, there was Constantine Maroulis, a music-theater veteran singing overheated, outdated grunge who dominated the audition rounds, becoming an early favorite. His rival didn't appear until the tail end of the auditions. His name was Bo Bice, a bearded, long-hair who seemed as if he stepped out of central casting for a Southern rocker. Bo catapulted to front-runner status as soon as he belted out a gritty, soulful version of "Whipping Post" in one of the first shows of the season. It was easily the hardest-rocking thing ever heard on American Idol and as the weeks went by, Bo proved that he was versatile, singing ballads as effectively as the rockers -- a feat that proved to be a bit of a stumbling block for Constantine, who truly shined only when he acknowledged his bent for theatricality, as on a startlingly good version of "Bohemian Rhapsody" (much, much better than Paul Rodgers, who fronted Queen later in 2005). Soon, that lack of versatility becameMaroulis' Achilles' heel and the battle of the rockers petered out into a competition between Bo and Carrie Underwood, a sweet girl-next-door country singer who eventually won the tightest AmIdol contest since Ruben Studdard squeaked out a victory over Clay Aiken on the second season.

Despite his loss, Clay ultimately wound up overshadowing Ruben because he had a fanatical following and a more gregarious personality -- and since Bo also had vocal, devoted fans and was considerably livelier than Carrie, it seemed like history was on the verge of quickly repeating itself. But a funny thing happened: the malleable Underwood, who had no discernible musical identity on the show, delivered a pitch-perfect country-pop album while Bice's debut, The Real Thing, is a total misfire, a bland, colorless collection of rote rock. On the show, Bice was a compelling presence because he didn't follow trends -- he was a throwback to a time when cleaned-up hippies like Three Dog Night and the post-Al Kooper incarnation of Blood, Sweat & Tears dominated the charts, AM radio, and TV variety shows, acting the part of rockers to an audience that didn't quite like rock & roll. Bo rocked harder than either of those bands, but it was on material that was three decades old, so it never sounded dangerous -- it sounded warm and familiar, yet in the context of American Idol, he sounded fresh. More than that, he was mining a certain vein of pop/rock that hasn't been heard on mainstream pop radio in a while -- melodic pop tunes, rooted in rock but never heavy and always fun. It was the sound of the '70s but could be heard all the way through the Gin Blossoms, yet in the wake of grunge, it all died away in a wash of surging choruses, heavy guitars, and unrestrained emoting. On the show, Bo didn't carry any of those traits; he never sounded burdened by singing: there was a joy to his performances, along with bluesy grit that made him a perfect blend of familiarity and freshness -- he was a new guy singing classic rock, something that hadn't happened in a long time, maybe since the Black Crowes.

So what did 19 Entertainment, exec producer Clive Davis, and the whole American Idol album crew do for Bo's album? They threw everything that worked for Bo on the show out the window -- the Southern rock, the blues, the classicism -- and shoehorned him into a bland alt-rock setting somewhere between Nickelback and Bon Jovi. Clearly, the idea behind this is that what appeals to the show's audience won't appeal to the record-buying public, particularly to teens, but instead of building on the audience Bo had on the show, The Real Thing alienates them. Kelly Clarkson may have gotten hipper, sexier, and dancier on her debut, but that worked, not just because she had good material and charm, but because it appealed to her core teen audience. Bo was a bit older and appropriately had an older following, listeners who pined to hear '70s-styled pop and rock -- and not just because there wasn't much of it out there, but because Bo did it well, and he sounded distinctive doing it. Not only is that sound nowhere to be heard on The Real Thing, but Bo no longer sounds distinctive. He sounds exactly the same as every other mainstream male rock singer in 2005 -- all of his songs have indistinct verses that surge into an anthemic chorus where all the heavy guitars kick in, inching the volume up to a point where it becomes a glossy wall of digital sound that drowns out his vocals. The music is tightly wound and meticulously clean, the antithesis to Bice's loose, earthy appeal. Most of all, the songs -- even the handful of good, professional tunes, both, not coincidentally, co-written by either Jon Bon Jovi or his longtime partner Richie Sambora -- all sound exactly the same, following the same flow, bearing the same dynamics. This isn't modernizing Bo Bice -- this is neutering him, giving him an unwelcome extreme makeover that doesn't fit.

There was a way to bring Bo Bice into the mainstream of 2005, and it was clear on the show itself: when he sang Gavin DeGraw's "I Don't Wanna Be," Bice tore it up, singing it with more passion and conviction than the song's author himself. If Bice were teamed with a bunch of new singer/songwriters like DeGraw or John Mayer, he would have had melodic, classically styled pop/rock songs that he could have sung better than their authors. Instead, 19 paired him with Ben Moody from Evanescence, Ashlee Simpson's collaborator Kara DioGuardi, and the hack of all hacks, Chad Kroeger from Nickelback -- the man who equates love with being willing to eat off the floor -- for a set of heavily processed, cumbersome, mildly active rock that's too boring to be memorable. Since at the conclusion of the fourth season, Bo Bice not only seemed like the show's first rocker on the verge of stardom, but one of the most promising singers they ever had, this qualifies as the biggest blunder in American Idol's history. Hopefully, Bo will get a second chance and will do it right next time around.