Released the same autumn as when Ronnie Milsap was inducted into the Country Music Hall of Fame, Legacy's The RCA Albums Collection is hefty. It's 21 CDs, collecting every album Milsap released on RCA between 1973's Where My Heart Is and 2006's My Life. Ronnie wasn't on RCA continuously during those 33 years -- he left after 1991's Back to the Grindstone to spend a few unproductive years at Liberty and Capitol Nashville -- but this is where the bulk of his career occurred, and what a career it was. He racked up 40 country chart-toppers at Billboard, with six of his proper albums going gold and a couple compilations cresting platinum status. By the way these hits and certifications break, it's pretty clear that Milsap wasn't often seen as an album artist either by his label or audience, so the fact that RCA/Legacy put out this extensive set is a bit of a welcome surprise. After all, although early albums like Pure Love and Night Things are frequently reissued, sometimes as two-fers, there are many Milsap records that have never seen release on CD, many of which were Top Ten country albums like Only One Love in My Life, Milsap Magic, and Out Where the Bright Lights Are Glowing. What separates these from, say, 1984's One More Try for Love is that they were released in the years before CDs were de rigueur, and they weren't as strong as, say, 1975's Night Things or 1982's Inside, so they never saw CD reissue, but this doesn't mean they were bad records. What this exhaustive box proves is that Milsap wound up being remarkably consistent while also slyly following fashion. Usually, his albums were anchored by one or two hit singles, with the rest of the records being of variable quality -- sometimes the songs stuck, sometimes they were so well-crafted they didn't have a hook -- but the albums always contained a similar feel to the hits. Milsap always specialized in smooth, soulful country-pop -- his delivery so impeccable, it was easy not to notice his skill -- but especially after the crossover hits came in the wake of "It Was Almost Like a Song" in 1977, he found ways to weave in the sounds of the times into his signature, whether it was disco, yacht rock, new wave, or the adult contemporary that overtook his sound in the late '80s. As these 21 albums roll on, what impresses are these sly adaptations and Milsap's reliability: he may not have made many records that were outright knockouts, but he also rarely made something that was less than pleasurable. 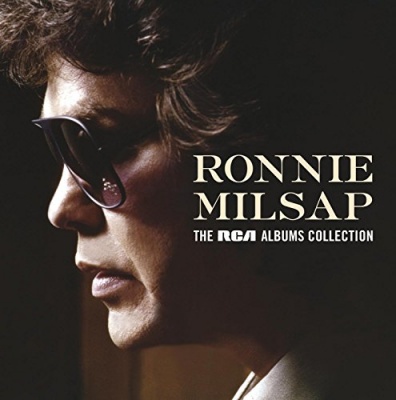