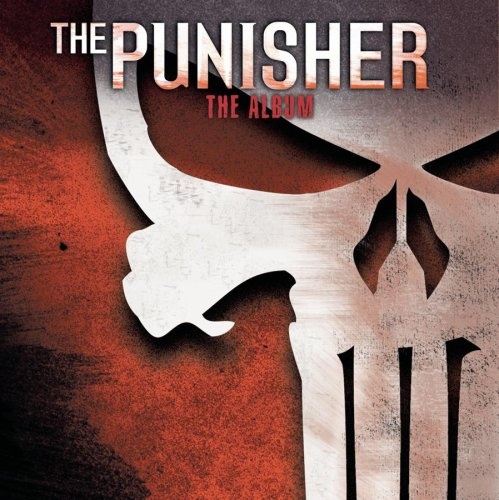 The pairing of Marvel, King, and DC Comics with rock & roll is a no-brainer, as they are time-honored champions of post-pubescent angst. The recent onslaught of successful comic book-based films has not taken this marriage lightly, and that's the problem. What producers have forgotten is that their subject matter has as much to do with camp as it does heroism. When Queen provided the score for the 1980 cult classic Flash Gordon, they approached the project with all of the sensational bombast they could muster, creating a perfect audio companion that was just "geeky" enough for the fanboys and memorable enough for the masses. Recent adaptations of Spider-Man, Daredevil, and now The Punisher have relied on studio-driven collections of manufactured rage that rarely convey the wonder or complexity of their protagonists. While the Punisher is more of a vigilante than a superhero, these one-dimensional anthems of loss and revenge seem more concerned with themselves than with Frank Castle. The soundtrack focuses on singles from upcoming albums by Nickelback, Puddle of Mudd, Trapt, and Chevelle, as well as one-off cuts by Seether and Queens of the Stone Age -- the latter contribute a serviceable cover of the '80s hit "Never Say Never" by Romeo Void. Drowning Pool return with a new lead singer on "Step Up," their first since the passing of Dave Williams, and Seether provide the obligatory power ballad with "Broken," a re-recorded track from their 2002 Disclaimer album that now includes vocals from Evanescence's Amy Lee.