2003 had so far been a great year for Wyclef. A new label deal with J Records, a greatest-hits compilation, and guest production work for artists kept him at the top of the hip-hop game without actually having to release a solo album. However, Clef decided that these things were simply not enough and had to come out with The Preacher's Son. Easily a redemption for the 2002's marginal Masquerade, Preacher's Son finds Wyclef re-energized right from the opening moments (aside from the extremely out of place introduction by comedian/pitch guy Steve Harvey). Preacher's Son starts off with a one-two punch: the left hook of "Industry" finds Wyclef making a wish list to reverse several of the tragedies and battles hip-hop had endured over the past decade ("Imagine if Biggie and Pac never got shot/Nas and Jay-Z they were still homies/Squash the beef with Ja Rule and 50/Benzino shook hands with Eminem/And on the same record I heard Eve, Foxy and Kim") and the right hook of "Party to Damascus," a bumped-up track featuring Missy Elliott delivering one of her signature raunchy freestyles. Preacher's Son doesn't let up there either thanks to an armada of guest cameos from Patti LaBelle, Redman, Carlos Santana, Scarface, and Monica, just to name a few. And unlike most rap albums, which rely on these guest appearances to carry the weight of the record's impact, these contributions only complement the stellar songwriting, arrangements, and production style that has made Wyclef one of the most in-demand producers of the 2000s and '90s. As with most records, there's a bit of filler that could be trimmed to make a great record into a phenomenal one, but it's easy to forgive when the quality is so high. The Preacher's Son is a welcome return to form and easily one of the biggest highlights of Wyclef's career. 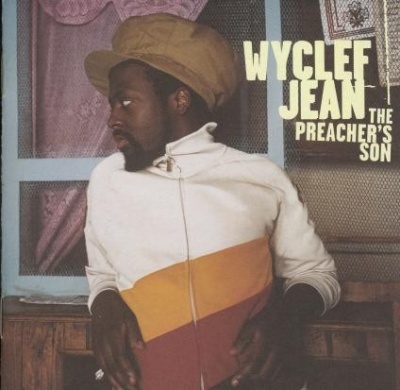