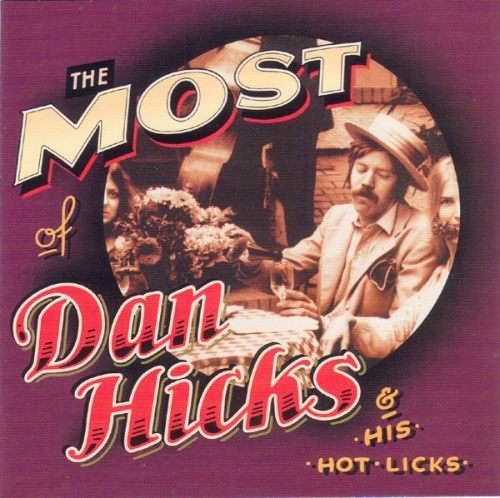 With nine of the 11 songs from Dan Hicks' debut album, 1969's Original Recordings, and seven previously unreleased songs recorded for an unissued second album, this has most but not all of the tracks Hicks did for Epic at the outset of his career. The Original Recordings material, while perhaps under-produced, remains a charming mix of Western swing, dryly comic lyrics, and pop-jazz female backup harmony vocals. Some of Hicks' best songs were done for that album (although some would be re-recorded slightly later for Blue Thumb), including "Canned Music," "How Can I Miss You," and "I Scare Myself." Fans who've been following Hicks for a while will be most interested in the seven previously unavailable cuts, which are certainly up to official-release standard. They're pretty much in the same vibe as the songs from the debut LP, perhaps a little tighter in arrangements and production, and not quite as off the wall word-wise (the stoner ode "He Don't Care" being an exception). Nice stuff, but it's curious that two songs ("It's Bad Grammar Baby" and "Shorty Falls in Love") from Original Songs were omitted, as there would have been plenty of space to accommodate them on this CD.