While Louis Armstrong didn't invent jazz, he certainly shaped it in his own image, personalizing it, popularizing it, and giving it a template to follow into the modern age. He did this with his trumpet skills, obviously, joyously swinging and playing his way around melodies in breathtaking improvisations, but he also did it with his singing, which used a horn man's lexicon to slide, slur, and bend melodies into delightfully new and surprisingly natural shapes until it isn't difficult to say that American popular singing begins with Louis Armstrong. The 14 songs presented here, recorded in the wide span between 1929 and 1958, simply prove the point. Armstrong lifted songs like "On the Sunny Side of the Street" (featured here in a 1956 live version from Chicago), "Stardust," and "Ain't Misbehavin'" (drawn from a 1947 performance at New York's Town Hall) from their Tin Pan Alley roots into the annals of classic American song, and he set the standard for how to sing and occupy a song on a personal level, literally inventing modern pop singing. It wasn't a matter of following a melody as written. Any reasonably able singer could do that. Armstrong, again using improvisational tools no doubt learned from his horn playing, bent the melody to other purposes, shortening it, lengthening it, syncopating it, and circling it until it shone far past its original shape, yet retained that shape as well, and this innovative, playful approach to singing has been aped by thousands of singers since until it is impossible to imagine modern pop or jazz singing without Armstrong's considerable influence. Listen to how he makes Hoagy Carmichael's "Lazy River" (the version presented here is from 1931) take unexpected turns and shifts, bending and rolling onward the way a real river would, never static or still but full of endless little variations in motion, always in sight of its original shape, but also changing down the length of its melody until it is possible to equate Armstrong's singing with a long, gliding, and improvised trumpet solo, the whole thing done with such warmth and joy that it uplifts even as much as it redefines and restructures. That's singing. That's jazz. That's Louis Armstrong. Oh, and he plays some pretty cool trumpet on these sides, too. 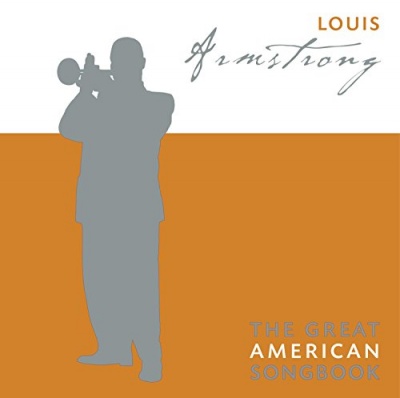