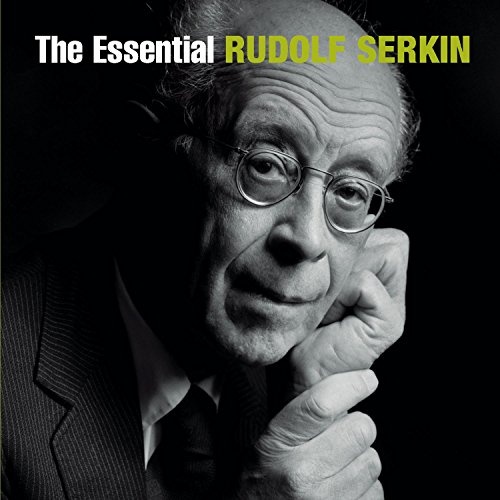 In his time, from the early '30s through the late '80s, Rudolf Serkin was acknowledged to be one of the great pianists. And in his repertoire -- that is, from Bach through Brahms -- Serkin was one of the greatest pianists. But Serkin's time passed with his death in 1991, and contemporary pianists and critics rarely site him as one of the masters of the keyboard. This 2008 Sony-BMG two-disc set called The Essential Rudolf Serkin attempts to readjust the balance by presenting selections from the pianist's vast number of recordings for Columbia. Naturally, all of it is drawn from his recordings of Austro-Germanic composers with solo works by Beethoven, Schubert, and Mendelssohn, concerted works by Brahms, Schumann, Mendelssohn, and Mozart, and even a movement from a chamber work by Brahms. Though some listeners might regret that some works are presented in excerpted form -- only the first movement of Brahms' Second Piano Concerto? -- few could complain about the variety of the program.

Nor, one trusts, could any complain about the quality of the performances. It is true that Serkin's clean phrasing, discrete pedaling, and steady tempos are wholly unlike the more overtly flamboyant pianists of the time and some listeners may find his playing dry and even severe. But his musical mastery and interpretive intensity more than compensate for these so-called shortcomings and listeners with open ears may hear past Serkin's austere surface to his immense depths and glorious heights. Try, for example, his wonderfully poetic account of Schubert's A flat major Impromptu or his grandly heroic reading of Schumann's Introduction and Allegro appassionato, and if these move you, the remainder of the set will be well worth hearing. Then, if the rest of the performances please, try seeking out Serkin's full-length recordings. Columbia's stereo sound is cool, clear, and richly detailed.