Any band that's been around for over a decade and has released as many records as Coheed and Cambria deserves an affordable document that can be definitively called a retrospective. Sure, Sony issued a Coheed and Cambria volume in its budget Playlist series, but it was only half as long and featured a clean edit in place of "Devil in Jersey City." The Essential compiles 27 tracks from Coheed and Cambria's studio album catalog. Disc one includes cuts from The Second Stage Turbine Blade (and restores the album version of "Devil in Jersey City"), 2003's In Keeping Secrets of Silent Earth: 3, and 2005's Good Apollo I'm Burning Star IV, Vol. 1: From Fear Through the Eyes of Madness. Disc two picks up with four cuts from 2007's Good Apollo, I'm Burning Star IV, Vol. 2: No World for Tomorrow, but includes only two selections from Year of the Black Rainbow (the only complaint about the collection), three from The Afterman: Ascension (including "Key Entity Extraction I: Domino the Destitute"), and three from The Afterman: Descension (yes, "Key Entity Extraction V: Sentry the Defiant" is one of them). Another highlight of this set is Jon Wiederhorn's excellent liner essay; it fills in a lot of the band's back-story -- even fanatics may not know it all. The sound here is exceptional; in fact, so much so that one questions whether these tracks were remastered specifically for this compilation. For the uninitiated, The Essential is a fantastic way to find out what all the fuss is about. For the hardcore fan, having this brilliant material placed in this sequence makes for excellent playlist material. 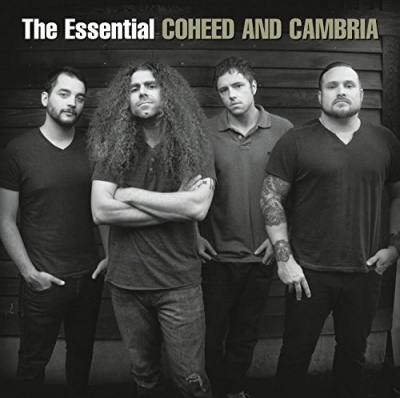