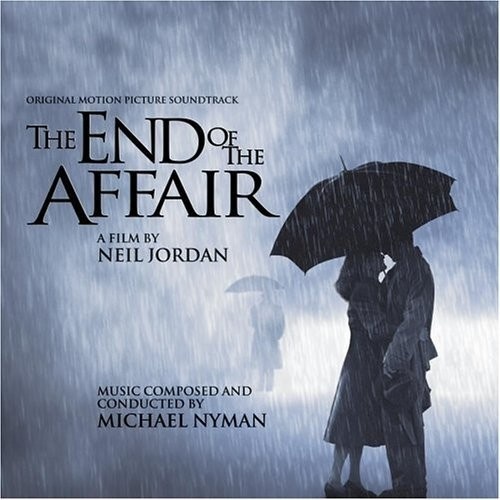 With his soaring romantic score for Neil Jordan's 1999 film adaptation of Graham Greene's novel The End of the Affair, Michael Nyman retained his place, already firmly established by his work on movies like The Piano, Gattacca, and Carrington, as one of the most sure-handed film composers of the '90s. His music for The End of the Affair beautifully reflects the full emotional range of Jordan's film, underlining with equal dexterity the passionate attraction between Greene's star-crossed lovers (exquisitely played by Ralph Fiennes and Julianne Moore), the pain of their inevitable separation, and the lurking menace of Fiennes' hateful jealousy. In one scene, the Fiennes character, a novelist, suggests that happiness is harder to write than unhappiness. But Nyman seems perfectly comfortable with both, contrasting the gentle piano melody of "Love Doesn't End" with the elegiac strings of "Sarah Dies." As you might expect from a period romantic drama, the score is dominated by violin -- there are an eyebrow-raising 24 violinists in the composer's Michael Nyman Orchestra -- but the music, like the film, nonetheless manages to avoid almost any lapses into melodrama. The soundtrack's producer, Cameron Allen, wisely decided against including any of the 1940s pop songs used in the film (Jo Stafford's "Haunted Heart" played a particularly significant role). This is not Nyman's best score, but it deserves the chance Allen gives it to stand on its own without superfluous supplementation.