The Divinity of Purpose Review

Accurately described by longtime frontman Jamey Jasta as "All pit, no shit," Hatebreed's sixth long-player, their first since 2009's covers extravaganza For the Lions, and eponymous fifth studio album, is as reliable as black electrical tape and as brutal as the current it shields. Meatier and more hardcore-centric than their last offering, the 12-track Divinity of Purpose holds true to the band's penchant for crafting punk-infused, motivational slabs of workout metal (the audio equivalent of barbells) that bridges the gap between "Institutionalized"-era Suicidal Tendencies, Pantera, and Converge. Jasta's intense delivery remains unchanged, relying on a conversational, Henry Rollins-esque cadence that flirts with melody without ever closing the deal. He's more of a commanding officer than a ringmaster, providing instruction and inspiration with equal amounts of gruff flare, resulting in a sort of stoic pummeling that promises the listener a well-deserved endorphin release. Musically, Hatebreed sticks with the blueprints that they used to build previous outings like Satisfaction Is the Death of Desire and Rise of Brutality, but there's an impressive sense of workmanship to Divinity of Purpose that suggests a steady diet of more traditional metal. That said, the band's unwillingness to compromise, both musically and lyrically, may disappoint less ardent listeners, but longtime fans will see that tenacity rewarded by championing (and rightly so) new Hatebreed standards like "Honor Never Dies," "Bitter Truth," "Own Your World," and the blistering title cut, all of which pretty much put most of the current crop of unnecessarily mercurial hardcore acts to shame. 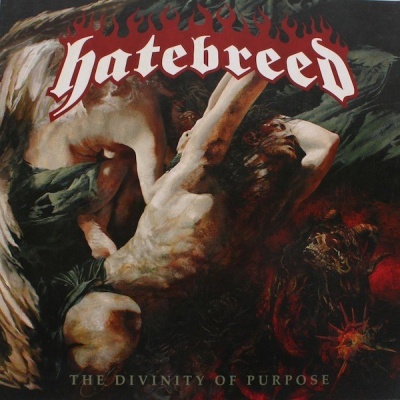 The Divinity of Purpose Album Information