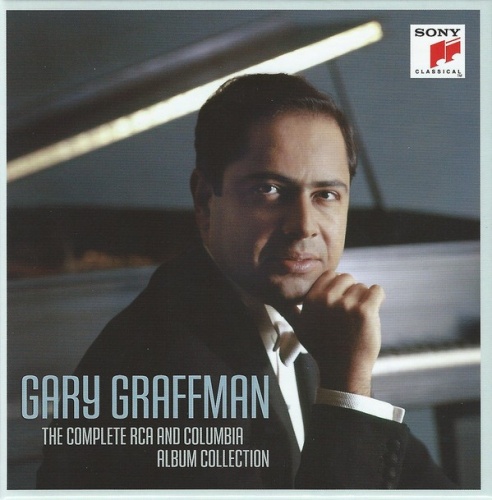 Sony's deluxe box set of the complete RCA and Columbia recordings of pianist Gary Graffman is a true collector's item, because the 24 LPs are presented as digitally remastered CDs, with facsimiles of the original covers and labels. From Graffman's 1956 RCA album of Schubert's "Wanderer" Fantasy and Prokofiev's Piano Sonatas No. 2 and No. 3, to his 1979 appearance on the Columbia soundtrack album of Woody Allen's Manhattan, where he played Gershwin's Rhapsody in Blue, his recordings are presented together as an impressive body of work, replacing the intermittent reissues that were previously available. Indeed, 14 albums appear here on CD for the first time, filling serious gaps in Graffman's discography and restoring his recorded legacy. Included with the set is an informative booklet that provides details of Graffman's career and explores his repertoire, which featured major works by Beethoven, Schubert, Schumann, Chopin, Liszt, Brahms, and Rachmaninov.