Glenn Miller was one of the most popular recording artists from the late 1930s until he died in a plane crash while leading an army big band in 1944. While his orchestra was more of a pop band with jazz leanings, with relatively few solos by individual members, his music had mass appeal during a troubled time in American history. This two-disc set celebrates the centennial of his birth by collecting a number of his biggest hits while remixing them with 24 bit remastering, along with a few surprises. Musically, the instrumentals stand the test of time, especially the lovely "Moonlight Serenade," "Tuxedo Junction," the swinging "In the Mood," and "A String of Pearls." Among the vocal tracks, "Chattanooga Choo Choo" has continued to appeal to new generations of music listeners, though novelty numbers like "The Boogie Wooglie Piggy" and "Pennsylvania 6-5000" haven't aged all that well. Three previously unreleased airchecks appear for the first time, including a peppy rendition of Jelly Roll Morton's "King Porter Stomp," the trite "Beat Me Daddy, Eight to the Bar," and Ray Eberle's fine vocal on "Moon Love." Totally unacceptable is the modern remix by DJ Touche of "Pennsylvania 6-5000," which Miller fans will likely curse aloud. The second disc is a DVD filled with rarely seen film trailers, and newsreel and performance footage of the band, along with a few home movies as well. So minus the reissue producer's one judgment lapse, fans of Glenn Miller will be very pleased with this centennial salute to the bandleader. 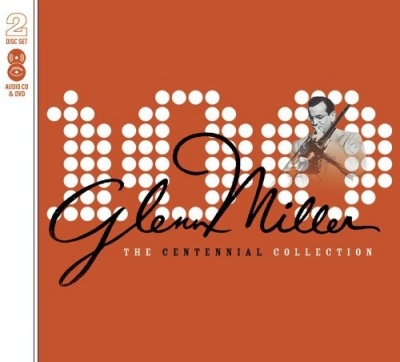