The Best of Thomas Quasthoff Review

Though it's called The Best of Thomas Quasthoff, this disc is not exactly the best of his many recordings. It doesn't stand up to his best recordings for Deutsche Grammophon or Hänssler, but it is the best of his recordings for RCA/Sony. Still, there are many very fine performances here that do show the German bass-baritone in very good form. There are five fabulous Schubert recordings, including an edge-of-your-seat performance of Erlkönig; five marvelous Schumann recordings, including a catch-in-your-throat performance of Mondnacht; three arias from Bach's Johannes-Passion, featuring a heartbreaking "Mein teuer Heiland"; and seven excepts from several Mozart operas, ending with a delightfully charming performance of the duet from Die Zauberflöte with Quasthoff as Papageno and Montserrat Caballé as Papagena. Listeners already familiar with the German singer's lustrous voice, robust tone, agile delivery, and warm-hearted interpretations will need no more encouragement, unless they already have the original RCA recordings. 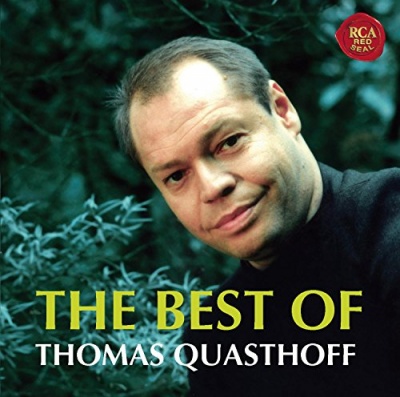