This compilation is taken from the masterful and wondrous box set issued late in the year 2000. It is assembled with the kind of care only producers such as Bob Belden and Michael Cuscuna could muster. Featuring nine selections, it begins with the first recorded appearance of the new Miles Davis Quintet in 1955 that featured the two principals, Red Garland, Paul Chambers, and Philly Joe Jones. Aside from an alternate take of "Straight, No Chaser" and the inclusion of "Dear Old Stockholm" -- standard enough in the quintet's repertoire but not a signature number -- the disc traces the evolution of the band through its extension into a sextet. The quintet tracks are the opening two and "Bye Bye Blackbird," as well as "Round About Midnight." The showcase continues on the tracks "Straight, No Chaser" and the modal masterpiece "Milestones," both by the sextet that added Cannonball Adderley. The band evolved further with the departures of Red Garland and Philly Joe Jones, who were replaced by drummer Jimmy Cobb and Bill Evans for the Kind of Blue recording -- which also included piano contributions from Wynton Kelly, who would later replace Evans. Tracks from that classic session included here are "So What" and "Blue in Green." The album closes with a further evolution of the sextet, and the last that included Coltrane. Hank Mobley joined the band to replace Adderley and Kelly was the band's full-time pianist. The last cut, "Someday My Prince Will Come," features the most searing and melodic solo Coltrane ever played during his tenure with Davis. Its intensity is white hot and his lyricism is unrivaled. It was the way to go out -- swinging. The choices here may be obvious, but there is the alternate take of "Straight, No Chaser" that is worthy as an unreleased gem. And for those looking for a powerhouse glimpse of the Davis/Coltrane collaboration, this is a fine one. 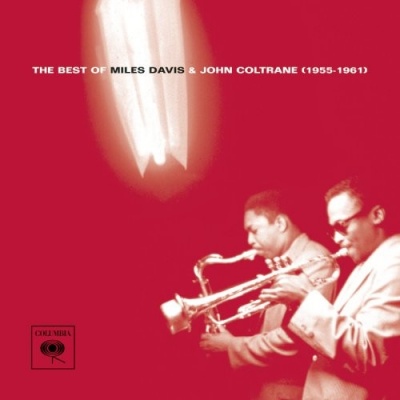