The Best of Edgar Winter Review

While some might argue that one reasonably well-compiled Edgar Winter best-of is enough, Sony Legacy follows Rhino's 1986 Collection with this 2002 edition, which only shares six tracks with its predecessor. With liner notes and involvement from Winter, this might be a little closer to what he would like to be remembered by, and since all of his best work was recorded for Epic, there are no cross-licensing issues complicating matters. But that doesn't mean it's better. There are some major differences; Rhino chose the 17-minute live "Tobacco Road" from Roadwork, while this sticks with the shorter studio version from the Entrance album. The Best of Edgar Winter also nabs two other tunes from that debut, which Winter is clearly proud of according to his album notes. But neither the title track nor the jazzy seven-minute "Fire and Ice" gels with the rockin' gospel of White Trash or the pop/rock of They Only Come out at Night, making the sequencing rough going. The cheesy disco of "It's Your Life to Live" has not aged well and its inclusion here is puzzling, especially when nothing from the relatively well-received Shock Treatment album is included. "Rock and Roll Revival" seems forced and stiff, yet picking "Harlem Shuffle" from Edgar and Johnny Winter's only joint album, Together, is a smart addition. Oddly neither disc selected Edgar Winter's live version of "Rock and Roll, Hootchie Koo," a perplexing omission. Since this new compilation doesn't improve on Rhino's, its appearance is difficult to understand. While the sound quality might be slightly crisper due to technological improvements over the years, there's no other reason to choose this over the previous version, which, as of its appearance in 2002, was still in print and track for track is a more enjoyable listen. 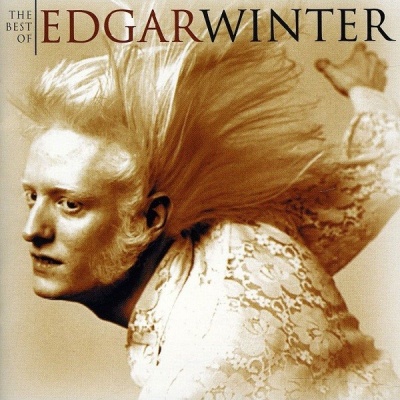