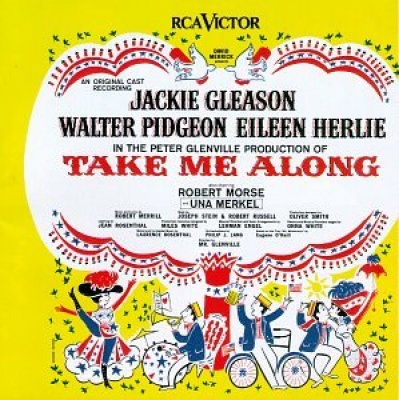 Based on playwright Eugene O'Neill's sole comedy, Ah, Wilderness, the musical Take Me Along was mounted on Broadway in 1959 as a vehicle for TV star Jackie Gleason. It ran for a little over a year and lost money, although it has gone into the black since. Robert Merrill's score is only functional, although it does provide showcases for Gleason on such songs as "Single Kid" and "I Get Embarrassed" (a duet with Eileen Herlie). Walter Pidgeon also makes a strong impression and Robert Morse took a big step to stardom playing the juvenile and singing "I Would Die" with Susan Luckey. Nevertheless, Take Me Along never competes with the great musicals of the era.