For all intents and purposes, the death of Australian rock band INXS' lead singer, Michael Hutchence, in 1997 ended the band's career. Despite being a phenomenal live band with influences that combined funk, new wave, and melodic rock, Hutchence was always the focal point of the band, and without his rock star charisma and, more importantly, his warm, soulful vocals, there really wasn't much point for the band to continue. They did make attempts, though, with both Terence Trent d'Arby and Jon Stevens fronting the band in the late '90s and early 2000s, respectively. But nothing worked until the band hooked up with reality TV impresario Mark Burnett for the extended audition show Rockstar: INXS, which found unknown vocalists from around the world competing to become the new lead singer of INXS. Forgetting for a second that Hutchence was one of the most naturally gifted and immediately recognizable singers of his generation and that replacement singers rarely work for established bands, it seemed unlikely that INXS would have any luck finding a suitable replacement among the motley group of men and women who showed up oversinging and pandering to the studio crowd on the first episode. However, if host Dave Navarro's segment on teaching the contestants how to dress like outrageous rock stars was any indication, it became clear early on that all the band was looking for was a relatively good-looking, relatively tuneful young man who could evince some cocksure rock smarminess in tight leather pants and karaoke his way through "New Sensation": enter J.D. Fortune. A former Elvis impersonator from Canada, Fortune introduced himself to INXS by bellowing through "American Woman," during which he not only took the opportunity to grab his nether regions, but also more disturbingly a woman's neck in the audience. INXS chalked the creepy performance up to opening-night jitters and Fortune rallied on, ultimately even beating out the odds-on favorite Aussie Mig Ayesa.

All of which brings us to Switch, INXS' first post-Hutchence album and the first with Fortune. Switch isn't much better than 1990's X or 1997's Elegantly Wasted. Truthfully, if you accept that Hutchence was the best thing about INXS, then nothing the band does now could be better than even the worst album the band made with him. That said, for all of Rockstar: INXS's sickeningly glitzy cheesiness, it had both a sense of humor and fun about itself. Which seemed to indicate that INXS also had the same self-awareness that they were a great back catalog in need of live frontman. In that spirit, Switch finds the band working with such hitmaking songwriters as the Matrix and Desmond Child in an attempt to reference sounds from every era of the band's career. Even Fortune, who impressed the band during the TV show with his lyrics for lead-off single "Pretty Vegas," gets some more writing credit with the album opener, "Devil's Party," an obvious nod to "Devil Inside," one of the band's most recognizable hits from 1987's Kick. Similarly, the epic ballad "Afterglow" references U2's "With or Without You," while the driving "Hungry" could easily be a B-side from 1984's synth pop-heavy The Swing. Vocally, Fortune does match some of Hutchence's deep soul leanings, although he's more leaden and doesn't have any of the higher-end, blue-eyed soul that was Hutchence's trademark. However, he is clearly up for the sex-god rock star pose as evidenced on the icky and somewhat offensive "Hot Girls," which features not only samples of Asian girls talking dirty, but lines like, "Looking out my window at some girl as I'm writing this and I watch her eat a peach, the way she's biting it, biting it. And I probably shouldn't stare, but I am fighting it, fighting it. And I think that she's aware and kind of liking it, liking it." The album tends to "switch" back and forth like this from heartfelt love songs to songs about the decadent rock lifestyle, even making room for some ersatz reggae along the way. Fans of the Rockstar: INXS TV show will be pleasantly surprised to find female contestants Suzie McNeil and Deanna Johnston making appearances, with McNeil even getting a duo lead with Fortune on "God's Top Ten." It's nice to see INXS acknowledge the show, which ultimately redefined the band apart from Hutchence. They'll never be the band they were with him, and frankly, they seem to have come to terms with that. Unfortunately, one's interest in Switch largely depends on the listener's ability to come to that same conclusion. 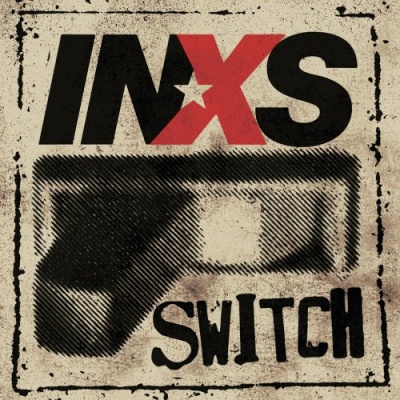