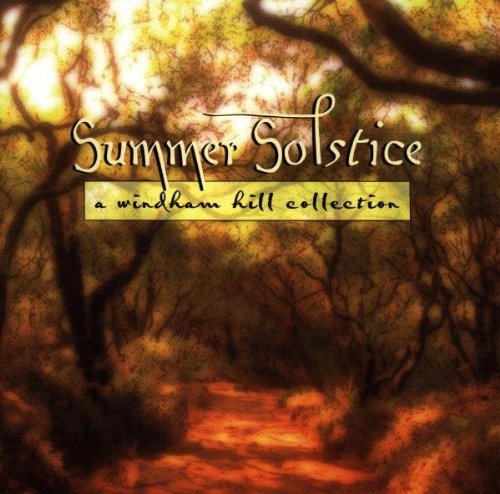 After umpteen versions of their take on music relating to and inspired by "the most wonderful time of the year," the folks at Windham Hill finally turned in another direction, producing the fetching Summer Solstice. They shouldn't be persecuted for an attempt to trade on the trademark "Winter Solstice" market, as long as the disc succeeds on its own merits. And that it pretty much does. Standout cuts include Michael Hedges' "Dream Beach," bass guitar god Michael Manring teaming up with woodwind veteran Paul McCandless for the evocatively named "In Our Jasmine Days," and Hawaiian slack-key guitarist Keola Beamer's "Kalena Kai," which enlists the help of solo piano favorite George Winston on guitar. There's loads more where those came from, as practically everyone associated with the label seems to put in an appearance. But it's quality, not just quantity, that makes this disc enjoyable. Even the concluding "The Warmth of the Sun/Surfer Girl" by Philip Aaberg and Scott Matthews brings a smile to your face, rather than a grimace.