Rather than release New Musik's excellent debut album, From A to B, in the U.S., Epic Records chose to collect the London-based synth pop band's two 1979 singles on an entry in their short-lived NuDisk series of 10" EPs. The four songs, all of which appear on From A to B, are excellent, but those familiar with the full album can't help but find this abbreviated version a little skimpy. Singer/guitarist Tony Mansfield's songs are based on '60s-style classic pop structures; his well-constructed melodies are given roomy, spacious arrangements that blend traditional instruments with synthesizers in a more natural and organic way than nearly anybody was doing in 1979. "Straight Lines" and the ruminative "On Islands," which sounds rather like Village Green-era Kinks given a modern update, are particularly masterful. "Living By Numbers," which, like most of Mansfield's songs, mixes a pleasant melody with alienated, depressing lyrics, is the weakest of the four tracks, marred by a slightly gimmicky production; however, its Squeeze-like B-side, "Sad Films," is one of Mansfield's best songs. This EP is an interesting curio, but From A to B is a better purchase. 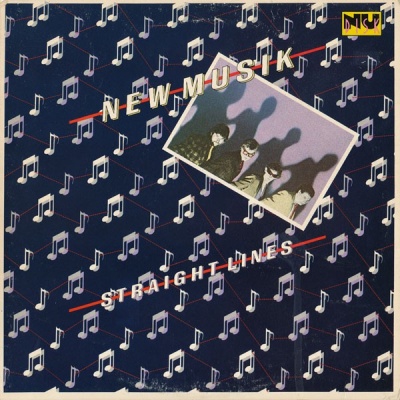