Stankonia was OutKast's second straight masterstroke, an album just as ambitious, just as all-over-the-map, and even hookier than its predecessor. With producers Organized Noize playing a diminished role, Stankonia reclaims the duo's futuristic bent. Earthtone III (Andre, Big Boi, Mr. DJ) helms most of the backing tracks, and while the live-performance approach is still present, there's more reliance on programmed percussion, otherworldly synthesizers, and surreal sound effects. Yet the results are surprisingly warm and soulful, a trippy sort of techno-psychedelic funk. Every repeat listen seems to uncover some new element in the mix, but most of the songs have such memorable hooks that it's easy to stay diverted. The immediate dividends include two of 2000's best singles: "B.O.B." is the fastest of several tracks built on jittery drum'n'bass rhythms, but Andre and Big Boi keep up with awe-inspiring effortlessness. "Ms. Jackson," meanwhile, is an anguished plea directed at the mother of the mother of an out-of-wedlock child, tinged with regret, bitterness, and affection. Its sensitivity and social awareness are echoed in varying proportions elsewhere, from the Public Enemy-style rant "Gasoline Dreams" to the heartbreaking suicide tale "Toilet Tisha." But the group also returns to its roots for some of the most testosterone-drenched material since their debut. Then again, OutKast doesn't take its posturing too seriously, which is why they can portray women holding their own, or make bizarre boasts about being "So Fresh, So Clean." Given the variety of moods, it helps that the album is broken up by brief, usually humorous interludes, which serve as a sort of reset button. It takes a few listens to pull everything together, but given the immense scope, it's striking how few weak tracks there are. It's no wonder Stankonia consolidated OutKast's status as critics' darlings, and began attracting broad new audiences: its across-the-board appeal and ambition overshadowed nearly every other pop album released in 2000. 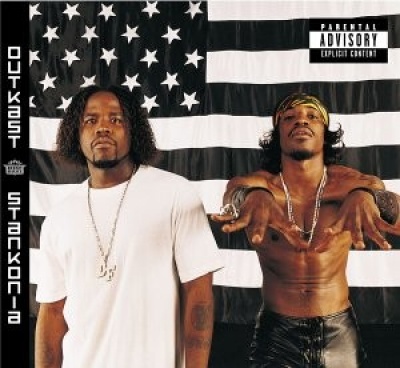