With an effervescent yet forceful sound recalling a rockier version of ‘90s adult alternative staples like the Cranberries and Sixpence None the Richer, Vedera -- a Kansas City, MO-based four-piece -- initially made small waves on the indie circuit in 2006 with the release of their debut, The Weight of an Empty Room. Three years (and a featured song on MTV's The Hills) later, Vedera is poised for the kind of breakthrough that made the previously mentioned bands household names a decade earlier. The band's major-label debut, Stages, puts the spotlight on lead vocalist Kristen May's bright, soaring pipes. And on songs like "Satisfy," with its shining power chords and gently strummed melodies, May turns in spirited performances that mix reverie and defiance on an equal order. Likewise, the piano- and strings-driven "Even I" seems tailor-made for teen TV drama introspection, ticking all the right emotional boxes with its downcast yet almost cheerfully catchy choruses. 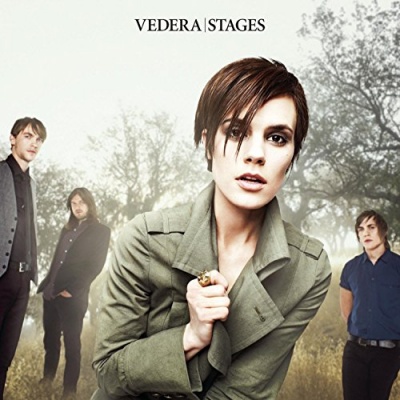