Ruben Studdard won the second American Idol competition in 2003, but by the time he released his debut album, Soulful, in December of that year, it seemed like he was the runner-up to Clay Aiken, the competition's second-place contestant. Clay captured the heart of the preteen girls at the core of AmIdol's audience, since he was the perfect make-believe boyfriend: kinda cute, skinny and nonthreatening, singing songs of puppy love. Ruben was kinda cute, gigantic and nonthreatening, singing songs styled after his idol Luther Vandross -- soulful late-night grooves that didn't quite fit the old-fashioned pop sensibilities of American Idol. Studdard's consistently satisfying, easygoing performances and taste for material slightly older than the AmIdol demographic made him a favorite of the judges, and a favorite of an audience wanting to prove that the show wasn't just churning out prefabricated pop stars. Throughout the season, Ruben was favored to win -- sometimes even singing as if the outcome was a foregone conclusion -- but Clay had a serious surge of support that threatened to knock Studdard out of the catbird's seat. Aiken's popularity continued to grow even after he lost the competition, causing the label to scrap plans for the pair to release competing albums on the same day, since when the duo simultaneously released singles -- both crawling, undistinguished adult contemporary ballads -- Clay bested Ruben. Since it would be poor form for the winner to lose on a large scale, the dueling discs were pushed aside and Studdard was given extra time to work on his debut, making it less MOR, well, more Soulful. This was a smart move, since it drew a clear distinction between him and Aiken while appealing to the urban audience that always loved Ruben's Luther-isms. Also, by targeting the album at urban audiences, the producers gave Ruben a set of tracks heavy on slow grooves and sensual feel, not songs that would require him to stretch his vocal limits. In other words, most of Soulful consists of cuts that are about the feel of the production, from the shiny surfaces to the languid late-night beats, and not on songs that have strong, memorable verses and choruses. This works to the album's favor, at least as a piece of cohesive product, since it maintains a steady groove and feel from beginning to end. However, it does so by drawing attention away from Ruben's voice.

Perhaps it was the constant work -- the show, followed by recording, followed by touring, followed by more recording -- but Studdard's voice is not nearly as impressive on record as it was on the show, rarely sounding velvety and smooth, but rather sounding flat, thin, and raspy. This is most evident on the covers, particularly since he tackles songs associated with rich, robust singers. Compare his "How Can You Mend a Broken Heart" to that of Al Green. In the good Reverend's hands, this classic from the Brothers Gibb soared, but here it's decidedly earthbound, as is his stumbling take on Luther's version of the Carpenters' "Superstar." Surely, this tendency factored into the decision to move Soulful away from songs and toward lush productions and grooves, and while the production work disguises Ruben's weaknesses, they're not entirely hidden, particularly because the de-emphasis on melody oddly draws attention to any fluctuation in his voice. Studdard's problem is that he can't quite hold long notes without wavering (even after pitch correction) and when he scats or improvises, he sounds unsteady and unsure. On the show, Ruben's ease seemed confident and appealing, but on record he sounds tired, even amateurish, two characteristics that prevent him from developing the sure-handed sensuality of his idols Luther Vandross, Donny Hathaway, and Barry White. Those singers have emotional weight and sound sexy even when not singing about love. Ruben doesn't have that gravitas and he doesn't even particularly sound like he cares about sensuality, so when he tries to indulge in carnality on "What Is Sexy," he sounds clumsy and misguided (it doesn't help that he also sounds a bit winded). Ultimately, Ruben's lack of nuance and sexiness is what prevents Soulful from being more than pleasant background romance music. If judged merely on that level, the album is certainly accomplished -- it is a professional contemporary R&B record, delivering pleasing production style if not substance -- but real lovermen can sell a piece of product like this as if it were the real thing, since they treat each song as if it were the one that will culminate the seduction. On Soulful, Ruben just goes along for the ride, happy that he's gotten this far, convinced that he's already closed the deal. He already won the prize on TV, after all. 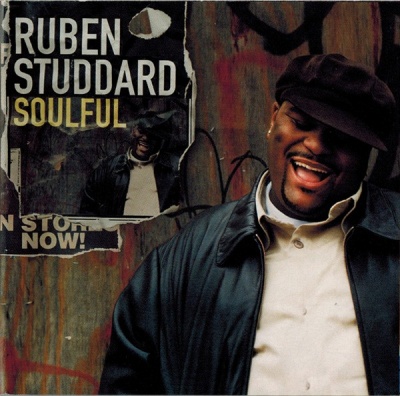