Shine is an appropriate name for Trey Anastasio's first solo album since Phish's official 2004 disbandment: it's a bright, lively, shiny album, the next logical step from his first solo pop album, 2002's Trey Anastasio. In fact, Shine is considerably more streamlined and straight-ahead than that eponymous affair, which did have its adventurous moments, including the lengthy, 11-minute "Last Tube." In contrast, the longest song here clocks in a little bit over six minutes, and the entire record is tight, focused, clean, and quite hooky. In other words, it's the polar opposite of any Phish studio album; even at their tightest, the band showed a gleeful tendency to drift off course, and never quite could manage to translate their best elements from the stage to the studio. On his own, however, Anastasio manages to sound both sharp and relaxed, never letting his songs stretch out too long in the studio, and layering them just enough to keep the recordings dynamic and interesting. Plus, he has a good set of songs here on Shine -- not only are songs like the circular, irresistible "Tuesday" as ingratiating as the best moments on his self-titled 2002 platter, but this is a consistently strong, varied set of songs. Not just that, but this is one of the sunniest, friendliest, and catchiest sets of mainstream pop/rock released in 2005, which brings up the major problem with the record: although it shares similarities with Phish's work -- he was the main creative force in the band, after all -- its cheerful and concise nature is likely to alienate fans who only liked the band when it played never-ending jams. That's fine: Shine isn't for them. This is for all the listeners who liked Phish's good taste, eclectic nature, and Anastasio's playing (not to mention his good-natured persona in the Bittersweet Motel documentary), but never liked one of their albums. For those listeners, this is perhaps the best album Anastasio has yet made. 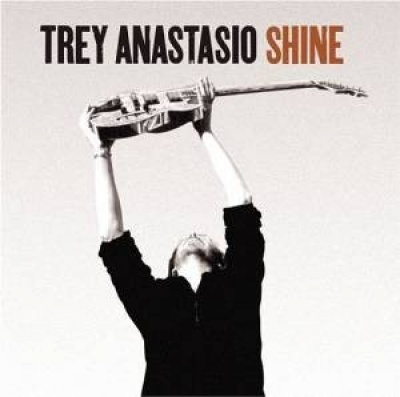