Theoretically, a collection of recordings by new artists fresh out of music school should tell you something about the future of music, for better or worse. This compilation, its title derived from a word in Jewish theology referring to "a visible manifestation of the divine presence," presents 13 female students from Berklee College of Music as part of a joint venture between Epic Records and the college's own label, Heavy Rotation Records. For the most part, it disproves that theory, since the music is less about the future than the present. Unlike, say, Juilliard, Berklee is a school as focused on the music business as it is on music, and you can say the same thing about many of these musicians, who sound like they're auditioning for major-label contracts by playing music that is already on the major labels. Rhea, for example, is hoping to join Destiny's Child on the evidence of "With or Without You," while Mancain plays a popular style of thrash metal most of whose adherents don't need a college education to learn and Polina, the daughter of Russian pop singer Anka, comes off as a cross between Enya and Sade on "Out of My Mind." Clare Muldaur is also a famous offspring, the daughter of folksinger Geoff Muldaur, though she sounds more like her father's ex-wife, Maria Muldaur, on "Bus to You." Curiously, the more derivative material is sequenced at the beginning; it's only halfway in, with the appearance of folk-rocker Kristin Cifelli, that things start to get interesting. The best track on the album, perhaps because it is so individual, is Adrianne's "Feel You Breaking," though Kyler's "Stronger" is also very promising. On the whole, though, this class needs to leave their lessons behind and get more creative. 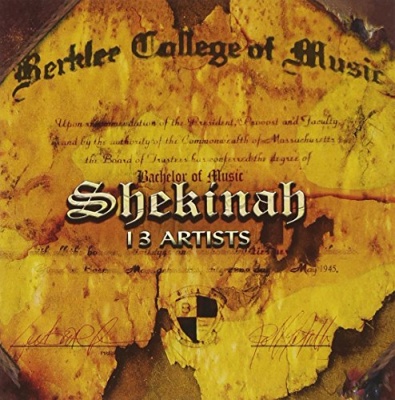