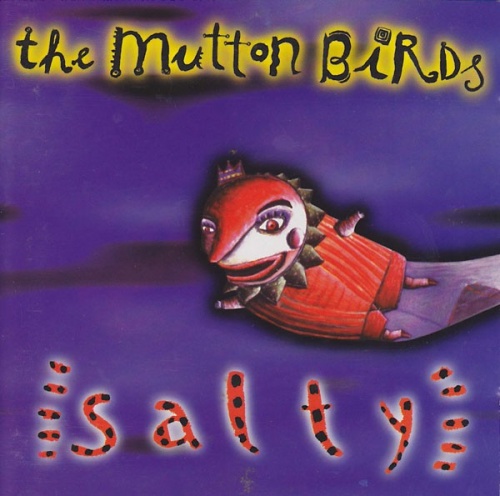 This second album by the New Zealand rock group is a counterpart follow-up to the exceptional songs and homespun feel of their debut, with 14 themes from Don McGlashan's increasingly remarkable songbook. In the Kiwi pop canon, the Mutton Birds may fall a little too mainstream for the Flying Nun stable sound of the Chills, the Clean, and the Bats, but are still too quirky for the crafty MOR sound of Neil Finn, Tim Finn, and Dave Dobbyn. The band enjoyed mainstream success in Australia and New Zealand but only made slight inroads into the U.S.A. and European audience -- possibly accredited to the topical Kiwi-centric themes that McGlashan uses as song narratives. His songwriting craft is highly sophisticated, often using evocative themes that examine the dramas of daily life in neurotic detail -- the effect can be simultaneously heart-wrenching and humorous. "The Heater" and "Ngaire" are pure pop of another era -- a '60s feel reminiscent of the Byrds inhabits many of McGlashan's songs. On the highly literate evocations of "When the Wind Comes Round" and "Queens English" he calls to mind David Byrne of Talking Heads at his most blue. The closing track, "Don't Fight It Marsha It's Bigger Than Both of Us," is, in fact, a remake of a 1983 hit by Don McGlashan's former band, Blam Blam Blam, which is a verbatim remake -- only without the dated drum machine that drives the original and with McGlashan's voice considerably matured. The album is mixed by studio whiz Tchad Blake, who works the psychedelic tone that the band tracked themselves in a low-tech setting to excellent effect. The standout track, "Anchor Me," is a sublime ballad featuring Jane Dodd from the Abel Tasmans, which is worth owning this album for alone.