As the daughter of singer/songwriter/guitarist Billy Falcon, who scored a Top 40 hit in 1991 with "Power Windows," Rose Falcon is a second-generation rock artist. And she hewed closely to her father on her self-titled debut album, to the extent of co-writing six of the eight songs on the brief disc with him and covering his song "Breathe." But however genuine her musical roots, she came along at a moment when Avril Lavigne was pushing aside teen pop queens like Britney Spears with her brand of guitar-based pop/rock, and, in record-industry terms, the 19-year-old came across as Columbia Records' answer to Lavigne. The energetic rock sound of tracks like "Fun" and "Up Up Up" seemed designed to deliver more of the same to young music fans mesmerized by Lavigne. On the video for "Up Up Up," included as part of the CD's multimedia content, Falcon even appeared to be trying to do for fedoras what Lavigne had done for skinny ties. She may have had more to offer than just cloning a trend, and indeed, the recording contained hints that she did, but on her first album, Rose Falcon appeared to be bowing to typical music-industry trend-chasing. 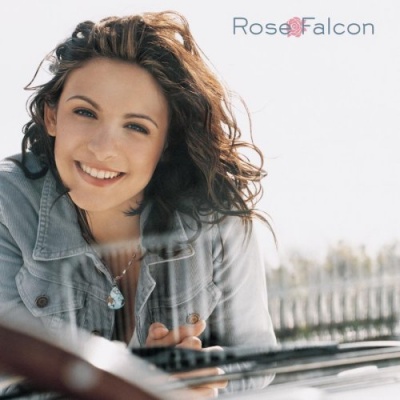