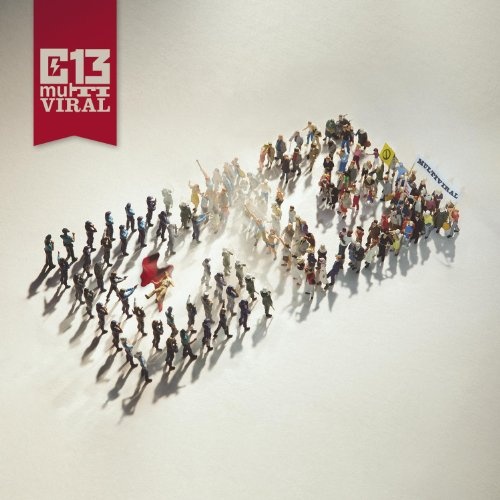 Kicking off their career with hungry and hedonistic club hits, Puerto Rican hip-hop duo Calle 13 have been blowing up expectations with each successive album, but MultiViral ups the ante. Here the political commentary and the genre-jumping which came to the forefront on 2010's Entren Los Que Quieran remains in place, but there's a sense of earned artistic freedom throughout the album, one that allows the group to slowly stroll up to "El Aguante," the album's first hook-filled cut, which doesn't arrive 'til the track counter reads "4." Early on in the Calle 13 discography, that would have felt like drudgery, but now, lead singer Residente is more compelling and in command, excelling on free-form songs like "Respira el Momento." With topics like Yo Soy 132, Julian Assange, and money-hungry gangsta rappers all fueling his ire, it's amazing the album doesn't fall apart because of weight, or come off like a dry civics class. Thanks to Residente's wit, and producer/step brother Visitante's brilliant backing tracks, the album holds tight and excites like few others and winds up an excellent entry point into the band's work, even if it isn't the easiest introduction. Silvio Rodríguez, Tom Morello, John Leguizamo, and Eduardo Galeano all lend a hand, making the guest list as diverse and deep as the album itself. [A CD/DVD set was also released.]