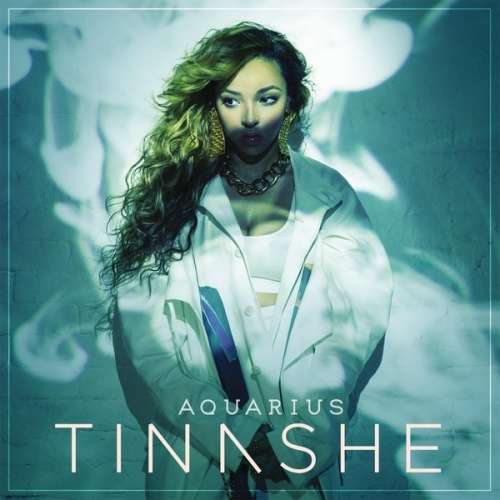 A showbiz kid by the age of three, Tinashe Kachingwe established her acting career in the 2000s, during which she had a recurring feature on the sitcom Two and a Half Men. She was briefly in a teen pop group, the Stunners, who once opened for Justin Bieber. After her group's 2011 split, Tinashe opted to go it alone with a low-key contemporary R&B sound. She cites The Velvet Rope as her favorite Janet Jackson album and seems to have learned from other mononymous R&B women who followed Jackson -- from Aaliyah to Cassie to Ciara -- yet she's too much her own artist to be dismissed as a sound-alike. Aquarius, released after some profile-raising mixtapes, is her first proper album, issued on major label RCA. She has garnered enough clout and a recording budget to benefit from collaborations with producers Mike WiLL, DJ Mustard, StarGate, and Boi-1da, along with guest appearances by ScHoolboy Q, Future, and A$AP Rocky. Mostly low-lit, slinking in tempo, and stitched together with several interludes, its obvious touchstones seem to be The Velvet Rope and the 1993 album that preceded it, though it's a track from 1986's Control, "Funny How Time Flies," that is used as the basis for "How Many Times." It's one of many bedroom slow jams that reward repeated listening. They're all laced with small details, subtle twists, and gradual intensification, exemplified by "Cold Sweat," a ballad seemingly composed with a group of at least four members in mind for its array of vocals. Compared to Christina Aguilera, another mentioned inspiration, Tinashe's voice is almost always quiet and soft, yet her ability is considerable, and she packs a wide variety of approaches. Another indicator of potential here is that she is listed first as the co-writer of all but one of the songs.