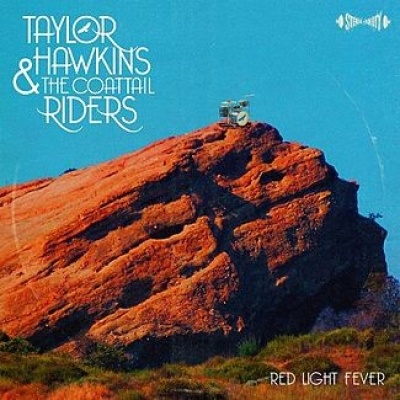 Perhaps Taylor Hawkins is fated to live in Dave Grohl’s shadow, but that isn’t an entirely terrible place to be. Certainly on Red Light Fever, his second album with the Coat Tail Riders, he winds up sounding not too dissimilar from not just the Foo Fighters, but often adapts elements of Grohl’s side projects with Josh Homme, leaning particularly hard on the grinding guitar growl that characterizes both Queens of the Stone Age and Them Crooked Vultures. Hawkins may recall Grohl and Homme -- and he often deliberately conjures memories of Freddie Mercury, as well -- but he’s certainly his own man, and a Californian man at that, possessing a sunny disposition that shines through even when things get a bit heavy. Usually, that sunniness amounts to bright pop hooks and handclaps, turning this into hard rock with a surprisingly light touch. It’s poppier in sound and feel than anything the Foos -- or any other post alt-rock guitar group for that matter -- have done in quite some time, and it’s endearingly infectious, all due to Hawkins’ laid-back yet gregarious spirit.