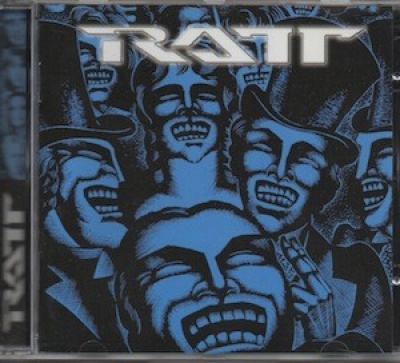 Ratt's comeback effort, Collage, wasn't a blockbuster success, but it was a success. More importantly, it arrived at the right time, just as the group and its hair metal peers figured out how to carve their own niche -- not quite an oldies act, but not a chart contender, either. Strong ticket sales and Collage led to a major-label deal with the reactivated Portrait, which released Ratt in the summer of 1999. The eponymous title evidently signals that this is a new beginning for Ratt -- even if there's only one new member, bassist Robbie Crane -- and it is, to a certain extent. The music is the most mannered and mature the band has ever made, heavy on mid-tempo numbers; even the heaviest songs don't really rock hard, they're just louder. Even stranger, the group doesn't really try anything new, but they sort of retreat to the sound and style of the classic album-oriented rock era -- the late '70s -- and they've never done that before. In other words, it never rocks with abandon like early Ratt, nor does it ever have any strong, indelible hooks or melodies (it comes the closest on the closer, "So Good, So Fine"). Guitarist Warren DeMartini does have a few interesting licks scattered throughout the record, but vocalist Stephen Pearcy sounds subdued, even worn-out, which doesn't add any life to songs that need some spark. The worst thing is, it's possible to hear where Ratt wants to go with Ratt -- how they still want to rock but not rock out, how they want to have melodies and intriguing sonic textures -- but the record just lies there. They know what they want to do, how they want to mature. Now they just have to figure out how to execute it.